"The Ark of Time" DLC dated for PlayStation 4 game 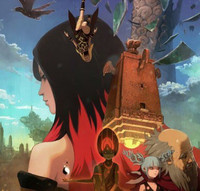 Originally revealed in December, free story DLC is on the way to Gravity Rush 2. This one focuses on Raven, and it's officially set to arrive on PS4 on March 21. Another Story: The Ark of Time - Raven's Choice explores Raven's past and present, and will also raise the max level in the Delvool Mining Trench for some added challenges.

Here's the trailer that came along with the announcement in December:

Persona 3, 4 and 5 Revealed for Switch in Packed Nintendo Direct Mini