Manga goes on hiatus as writer deals with health problems 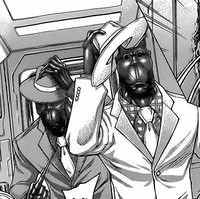 An early look at the next issue of Weekly Young Jump has revealed more about the halt in TerraFormars. A message from the manga magazine editors explains that the series is going on hiatus as writer Yū Sasuga deals with health problems. They aim to resume this autumn.

Furthermore, the OAD adaptation of the series' Earth Chapter that was to be released with volume volume 21 in May has been delayed indefinitely. Additional information is to be announced later on Twitter. 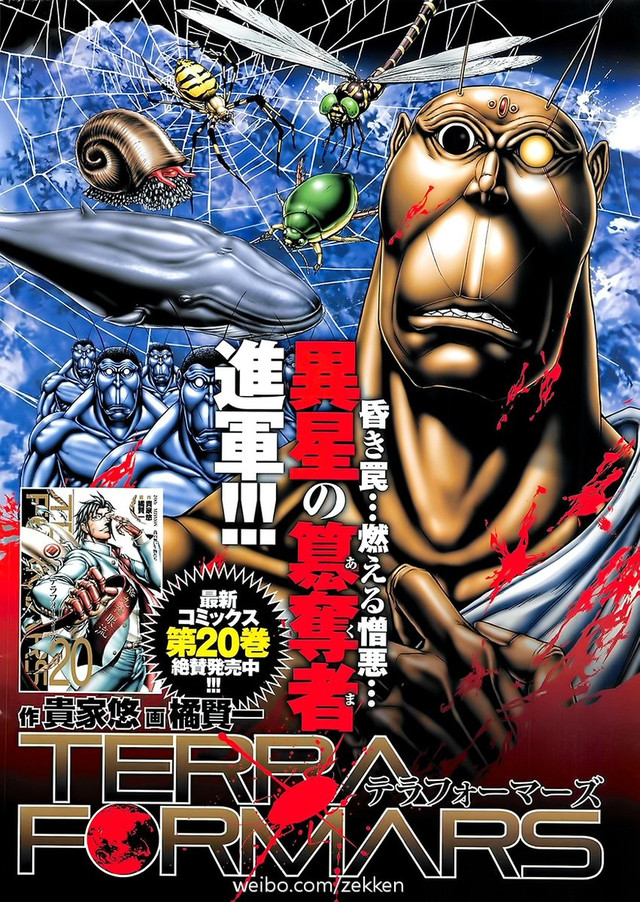 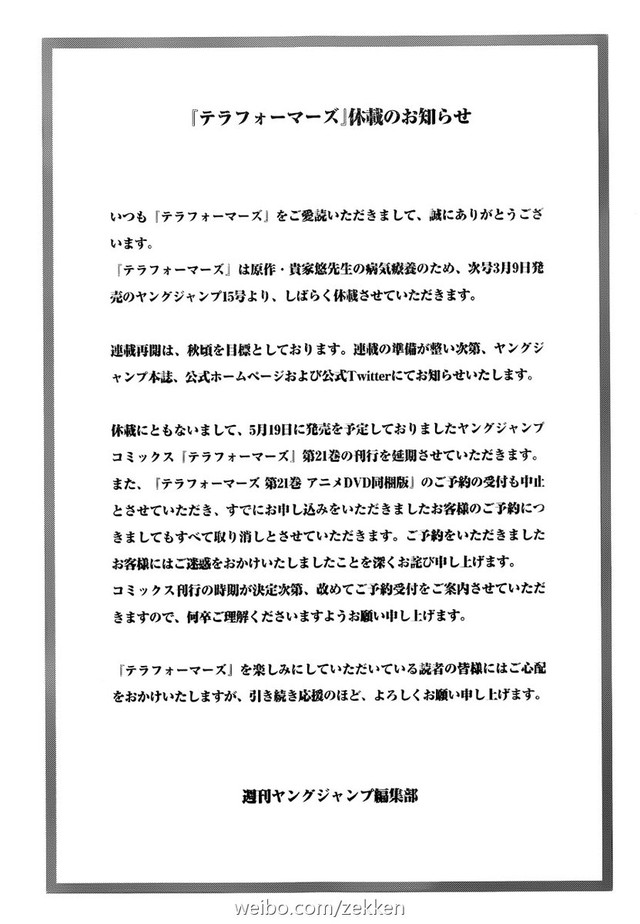