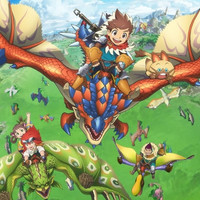 Japanese job magazine an is now inviting two candidates for voice actors who can join the voice recording session for the upcoming 34th episode of Monster Hunter Stories: Ride On, the ongoing TV anime adaptation of Capcom’s popular game franchise. The two will be cast as Airou (Felyne in the English version), the cat-like species in the franchise.

The session will be held at a studio in Tokyo at 16:00 on March 20, and it will take approximately six hours at longest. Before your own voice recording, you can observe how the session is carried out by the anime's main voice cast members, including Mutsumi Tamura who plays the protagonist Lute. No qualification or experience required, and if you need, you can get some advice directly from Tamura.

-All of your transportation expenses from anywhere in Japan will be also paid.

-You will receive the TV anime's Blu-ray box set with the autographs by the main voice cast.

-Your name will be listed in the OP movie credit.

The 34th episode is scheduled to be aired in Japan on May 24. Applications is being accepted till March

The TV anime Monster Hunter Stories: Ride On is now available to Crunchyroll members in the USA, 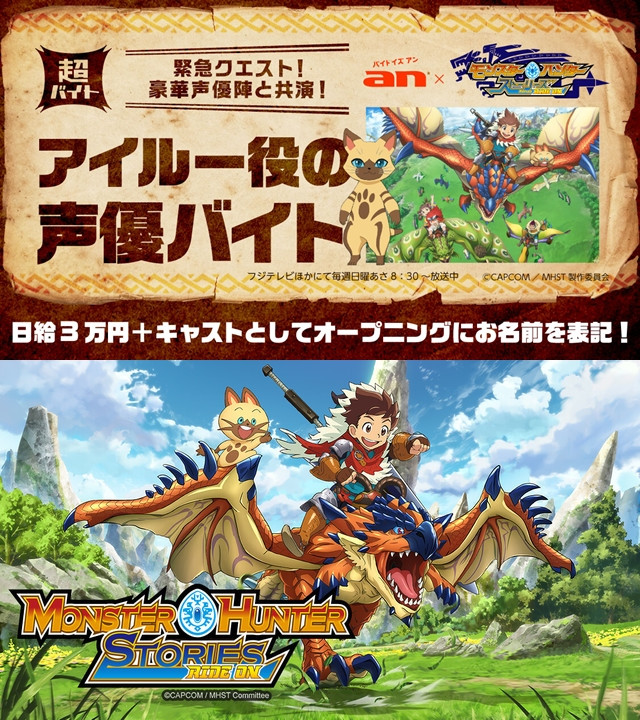