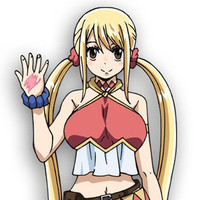 Distributor Madman will be presenting the award-winning Silent Voice anime movie in Australia and New Zealand next month, and Fairy Tail - Dragon Cry soon after. With these in the works, they have posted English subtitled trailers of the two.

The film opening in JapanMay 5th will feature original characters Sonia, Zashu and Animus with series creator Hiro Mashima as producer. Tatsuma Minamikawa, an episode director on series such as Attack on Titan and Gate, steps up to helm the A-1 Pictures production with series vet Shoji Yonemura writing the screenplay and Yasuharu Takanashi on the music. Yuuko Yamada (Person 3 The Movie) provides character designs.

A gorgeous new film from Kyoto Animation and the director of K-On! is coming to cinemas across Australia from April 6 and New Zealand April 16 for a strictly limited season!

Shoya Ishida starts bullying the new girl in class, Shoko Nishimiya, because she is deaf. But as the teasing continues, the rest of the class starts to turn on Shoya for his lack of compassion. When they leave elementary school, Shoko and Shoya do not speak to each other again… until an older, wiser Shoya, tormented by his past behaviour, decides he must see Shoko once more. He wants to atone for his sins, but is it already too late…?