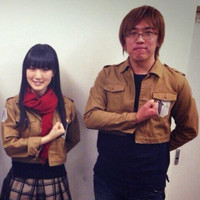 It's now only weeks until Attack on Titan returns with the long awaited season two. Tetsuro Araki is back on the new season, moving over from his role as director (and opening storyboard artist) to chief director on the follow-up. As the days count down, Southeast Asian (Singapore, Indonesia, the Philippines and Thailand) distributor Aniplus Asia has shared an English subtitled interview.