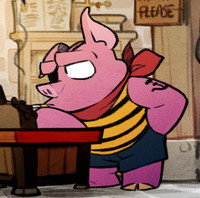 A week or so ago we posted about the cool way Lizardcube remake Wonder Boy: The Dragon's Trap switches between its old and new graphics/music on the fly. The developer has since updated with an official console release date, lining Wonder Boy up for an April 18 launch on PS4, Xbox One, and Switch. They're currently working on the PC version, too, which will follow "a bit later."

Wonder Boy: The Dragon's Trap will be available April 18th on PS4, XB1 & Switch! (and a bit later on PC) https://t.co/HOD4VKev22 pic.twitter.com/MeLP99edNG

See The Latest "Wonder Boy" Trailer Before The Game Releases