Toonami Says Goodbye to "One Piece" (And Hello to "Tokyo Ghoul") 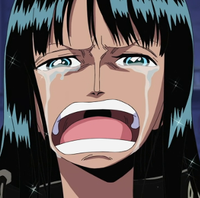 After its latest four-year run, One Piece will be leaving Adult Swim's Toonami programming block. Coming on March 25th in its place will be Tokyo Ghoul. Toonami posted a tribute to One Piece as a send-off.

#toonami One Piece fans: I share your pain. Hate to lose one of the greatest shonen ever made. But the decision had to be made.

I am, however, happy to be bringing a little newer stuff in with Tokyo Ghoul, and looking forward to PreFlight live next week w/@blumspew!

Do they? Okay. Uncut. https://t.co/MKxeLv6FLi