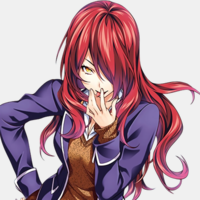 Coming with July 4th's release of volume 25 of Yūto Tsukuda and Shun Saeki's Food Wars!: Shokugeki no Soma, the limited edition of the cooking competition manga will feature a new anime episode on DVD. The autumn themed story, "Tōtsuki's Elite Ten," will feature the fall finalists in a Momijigari (maple viewing) evaluation. (It follows a release of the hots springs Jump Festa special anime with May 2nd's volume 24.)

An early look at next week's issue of Shonen Jump shows its latest Elite character designs and cast additions.

Previously announced, the OAD reunites the TV series cast, with the exception of Risa Taneda, who is currently on hiatus from voice acting for medical treatment; Hisako Kanemoto takes over the role of Erina Nakiri, and Akira Ishida as joins as Council elite Eishi Tsukasa. 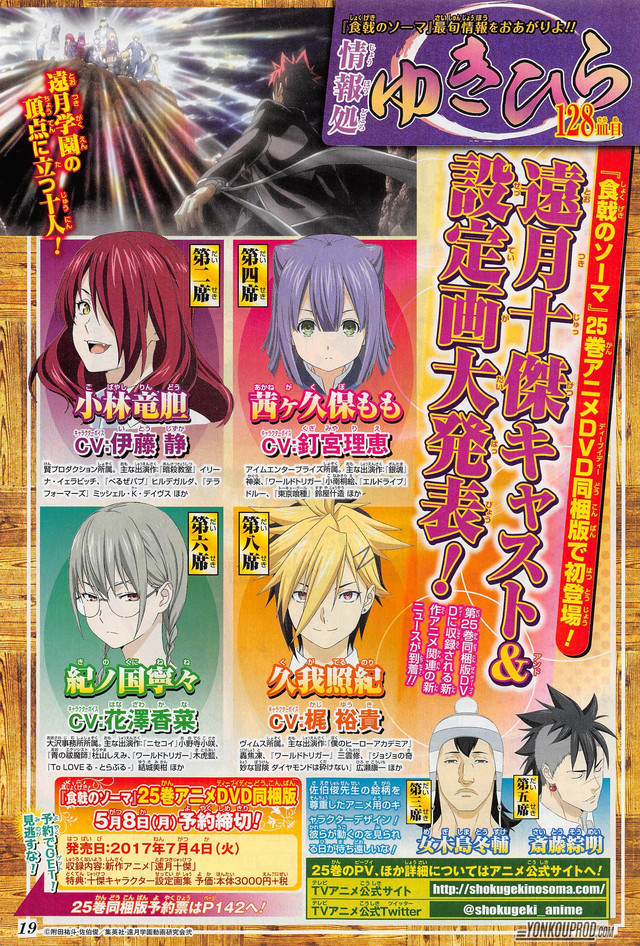 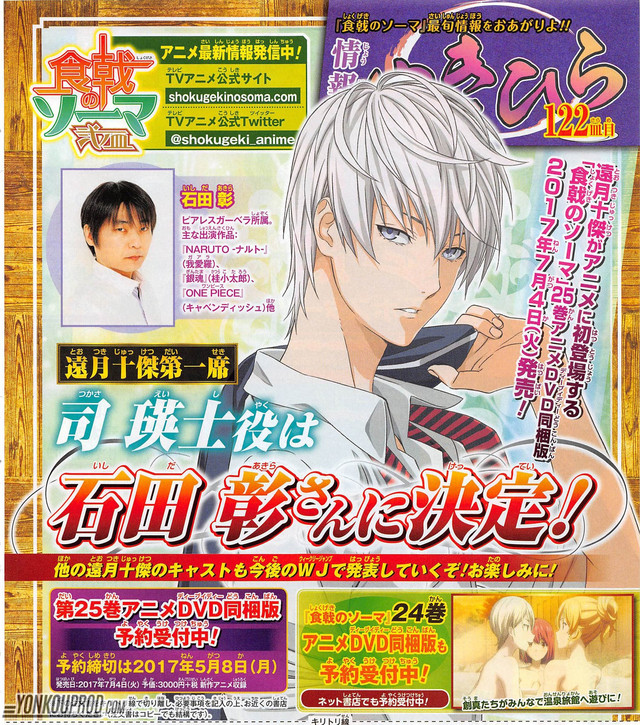 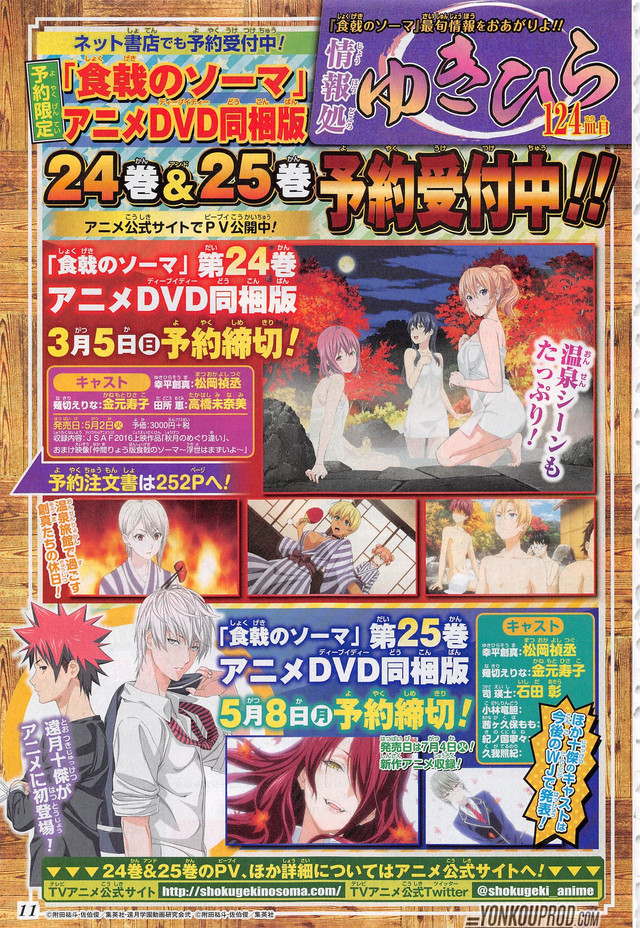 Food Wars, Is It Wrong to Pick Up Girls in a Dungeon? and More Are Leaving Crunchyroll