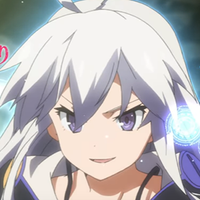 Award-winning light novel series Zero Kara Hajimeru Mahou no Sho (Zero no Sho for short) is about to kick off its anime adaptation next month. The Happinet Pictures YouTube channel has just premiered a 90-second trailer, featuring our first look at the animated world of the upcoming "fantasy grimoire" series.

The PV also gives us our first sample of Tapimiru's "Hakken-sha wa Watashi," which will be serving as the OP for the series.

Zero no Sho centers on a witch named Zero, who is on a quest to find a magical book with the power to destroy the world. Accompanying her is a half-human/half-beast mercenary who longs to be fully human. The light novel series took the grand prize at 2013's Dengeki Novel Awards, and is currently being published by Kadokawa.