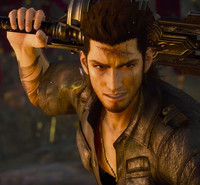 If you played through Final Fantasy XV, chances are you have a strong opinion on Chapter 13. Whether you were fine with it or completely hated it, Square Enix's promised update is here with an attempt to fix it. "Chapter 13, Verse 2" adds in an alternate route featuring Gladiolus, and you can see a quick preview in a new update trailer.

The video also shows some other update features, as well as a preview of the Episode Gladiolus DLC and… what in the world is Noct doing to Adamantoise at the end?

What did you think of the original version of Chapter 13? My main beef with it is that it just draaaaags on forever, but feel free to chime in with your own thoughts in the comments.