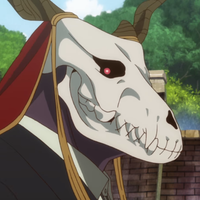 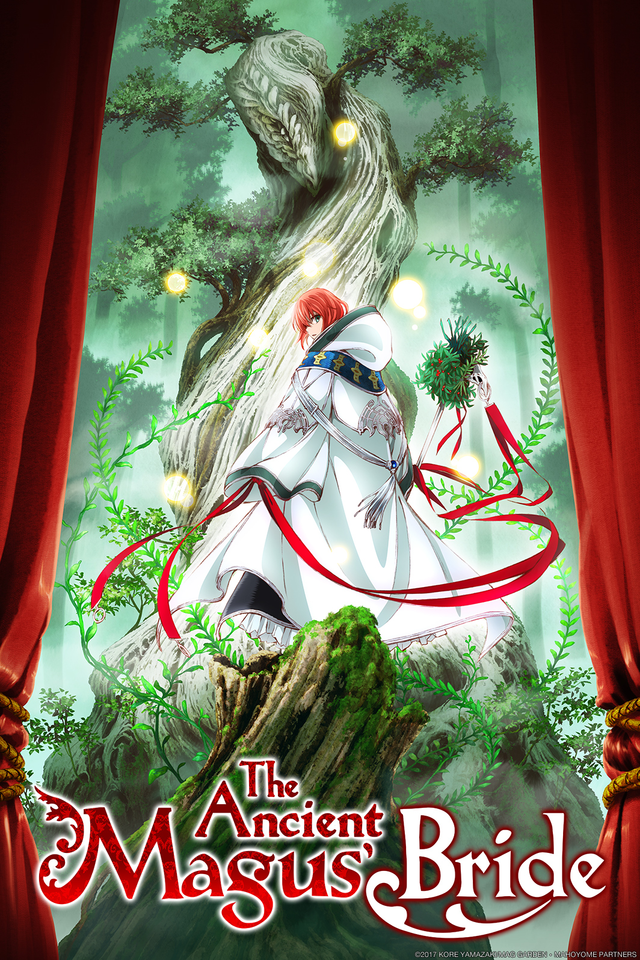 The original The Ancient Magus' Bride by Kore Yamazaki is serialized in Mag Garden's Monthly Comic Garden manga magazine. An English language version of the manga is also published by Seven Seas Entertainment. The TV anime adaptation is directed by Norihiro Naganuma and features animation by Wit Studio. The first 2 parts of the prequel OAV series, subtitled Those Awaiting a Star, are available via streaming on Crunchyroll. 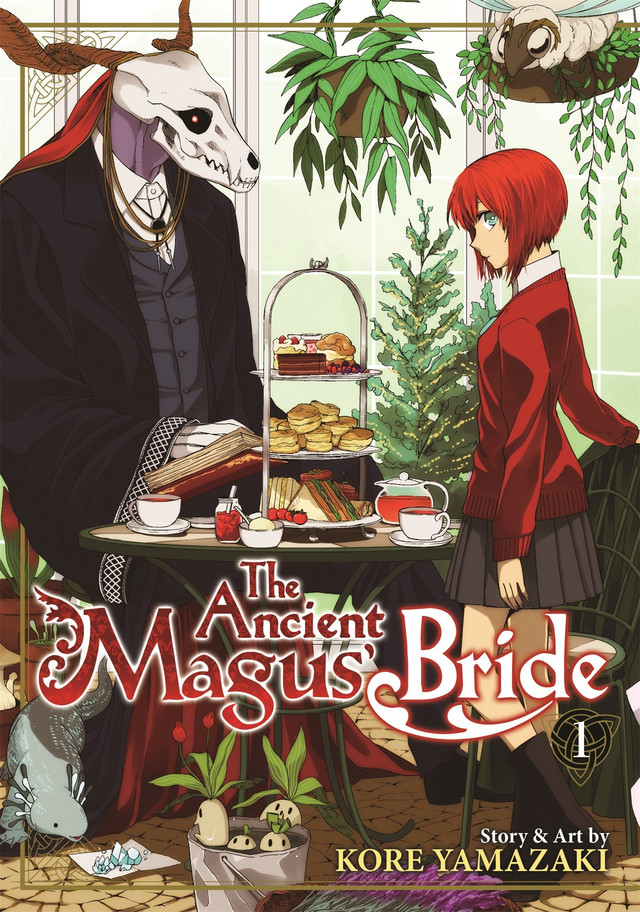 The Ancient Magus' Bride TV anime will broadcast on Japanese TV and stream on Crunchyroll beginning in October of 2017. Crunchyroll describes the TV series as follows:

Hatori Chise has lived a life full of neglect and abuse, devoid of anything resembling love. Far from the warmth of family, she has had her share of troubles and pitfalls. Just when all hope seems lost, a fateful encounter awaits her. When a man with the head of a beast, wielding strange powers, obtains her through a slave auction, Chise's life will never be the same again.

The man is a "magus," a sorcerer of great power, who decides to free Chise from the bonds of captivity. The magus then makes a bold statement: Chise will become his apprentice--and his bride!