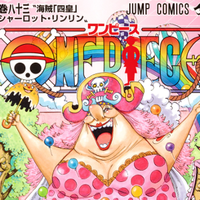 Coming up after this weekend's One Piece episode 782, "Fist of the Devil - Showdown! Luffy vs. Grant," the anime launches into the Whole Cake Island Arc with April 9th's "Sanji Return Home - To Big Mom's Territory!" An early look at next week's issue of Jump has offered a preview of the storyline's visual and the casting for the Vinsmoke siblings. 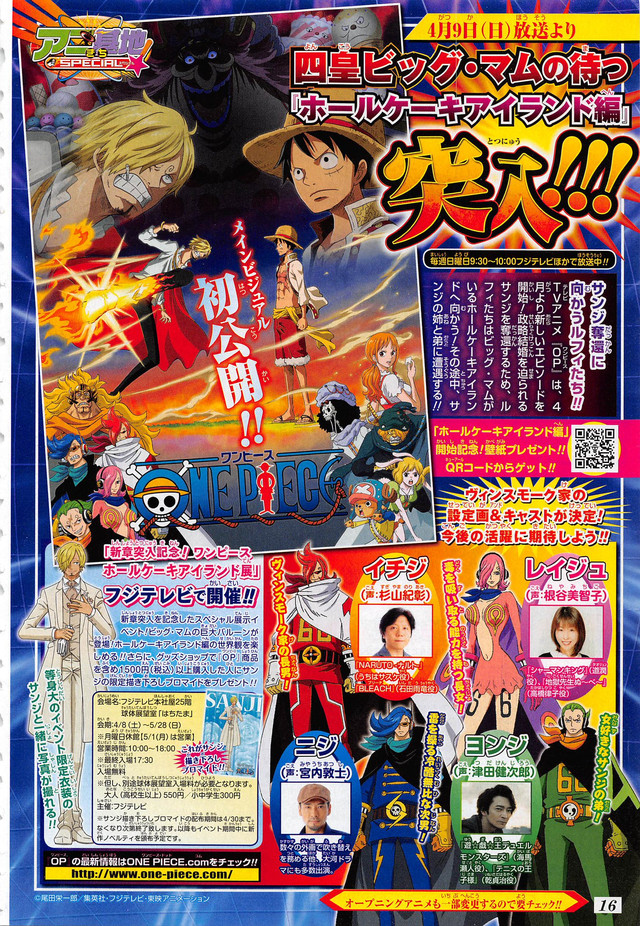 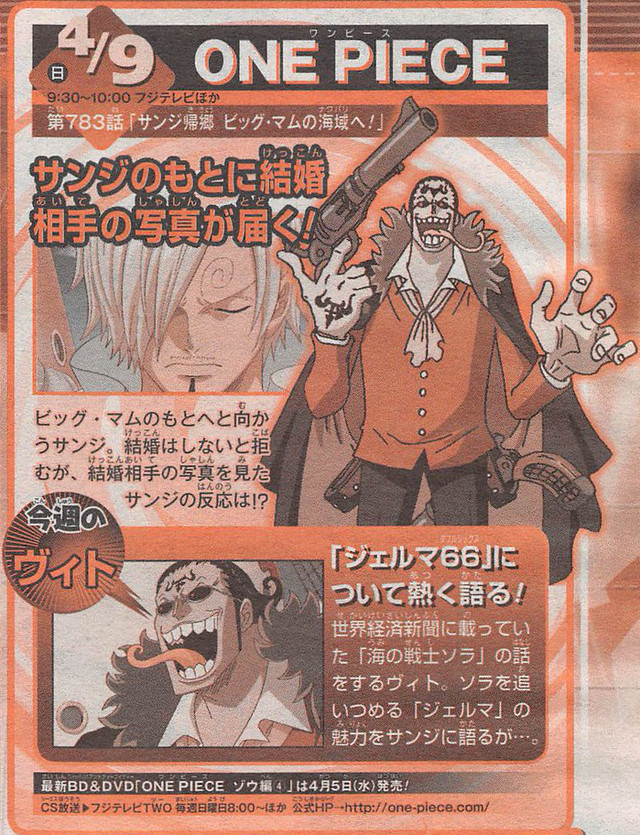