Fennec and Raccoon Pal Around in "Kemono Friends" Short 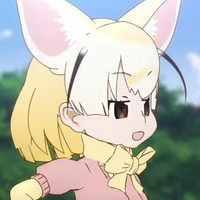 The next iteration of Kemono Friends is still in the planning stages, but in the mean time Tatsuki (director of Kemono Friends) is having a bit of fun with an unofficial addendum to episode 12 which was uploaded to the official Irodori animation studio Youtube channel.

Entitled Kemono Friends Episode 12.1 - "Bus-like", the short animation features Fennec, Racoon, and the Owls searching for a replacement for the Japari-Bus that was damaged in the Cerulean attack. The video has also been published to Nico Nico.

On his official Twitter page, Tatsuki notes that this short work is something that was made for fun and is not related to the "new video project" that was announced earlier.