Crunchyroll Adds "What do you do at the end of the world? Are you busy? Will you save us?" to Spring Anime Lineup

Series launches on Tuesday, April 11 at 9:00am Pacific Time 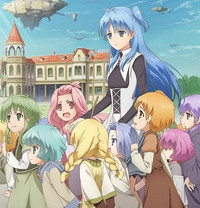 Next up for Crunchyroll's spring simulcast announcements is What do you do at the end of the world? Are you busy? Will you save us?, based on the light novels written by Akira Kareno and illustrated by Ue. The adaptation kicks off on Tuesday, April 11 at 9:00am Pacific Time.

What do you do at the end of the world? Are you busy? Will you save us? will be available to Crunchyroll members worldwide except for Asia. 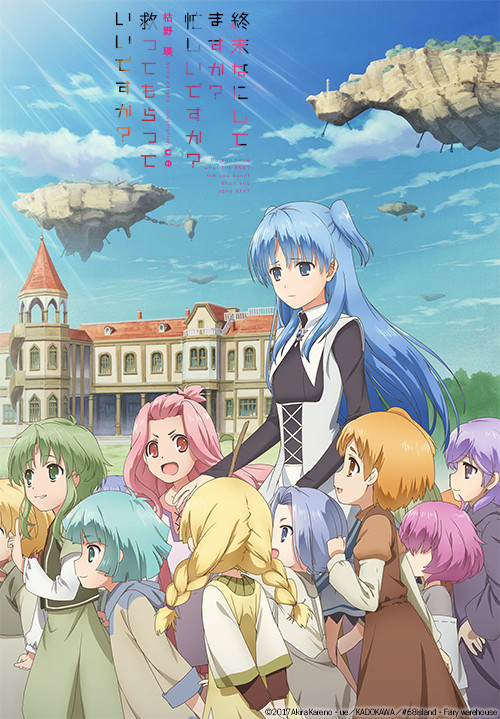 The fleeting and sad story about little girls known as fairy weapons and an associate hero that survived. This is a world after it was attacked by unidentified monsters known as beasts and many of the species in the world, including humans, had been destroyed. The species that managed to survive left the ground to live on a floating island called Regal Ele. Willem Kumesh wakes up above the clouds 500 years later, though he couldn’t protect the ones who he wanted to protect. Actually, he was living in despair because he was the only survivor. He then ends up meeting a group of girls while starting an unexpected weapon management job.

Tags
what do you do at the end of the world? are you busy? will you save us?
« Previous Post
Bandai Namco Confirms "Naruto to Boruto: Shinobi Striker" for the West
Next Post »
"K: Seven Stories" Theatrical Anime To Start Next Summer
Other Top News
25 Comments
Sort by: