Planned stage play was to run this Summer in Japan 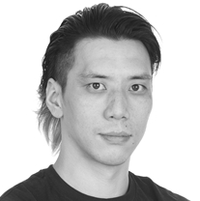 Japanese media has been covering the fatal accident that has occured during the pre-production phase for the planned Attack on Titan stage play adaptation Shingeki no Kyojin - LIVE IMPACT on April 10th. The stage play, which was to be performed from late July to September was to include live acrobatics work in the vein of a Cirque du Soleil show and was also a key element of another stage play production done for the Naruto franchise in the past.

According to the official statement released by the production as a result of the accident, the production was being canceled out of respect for Yoshino, as the producers felt the stage show could not continue without his input. The statement goes on to confirm that the producers were unclear on what caused the accident and are cooperating fully with the police investigation into the matter, while ending with condolences for Yoshino and confirming that refunds for the show will begin on April 21st.