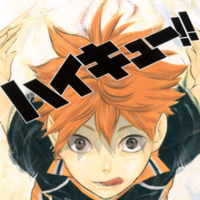 On February 12, 2012, Haruichi Furudate's volleyball manga Haikyū!! launched in Weekly Shonen Jump. This coming Monday, the Tokyo Nationals Arc brings the series to its 250th chapter, so it's time to celebrate the fifth anniversary. The Shueisha magazine marked the occasion with a color page and cover for issue 20. 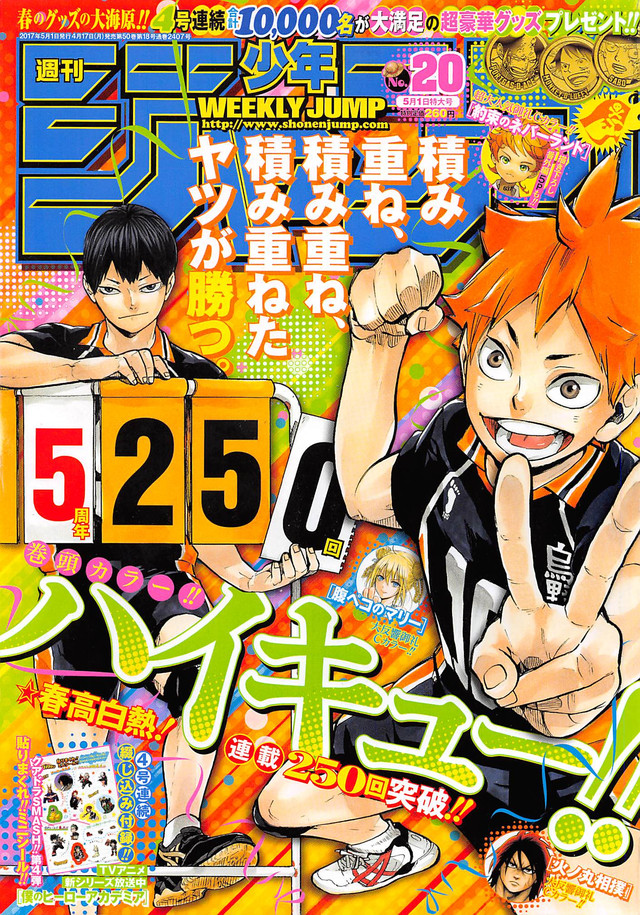 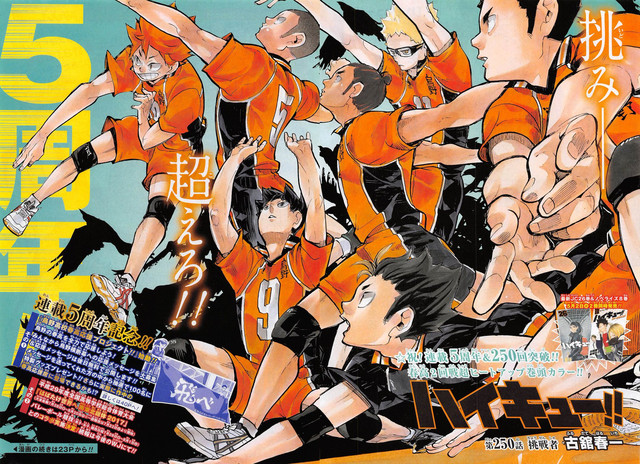