This week, we sample the first episodes of a long-awaited light novel adaptation and two bite-sized girls' side shows! 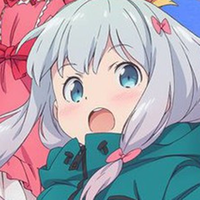 Welcome back to another week of rapid-fire anime samples with The Hook! We're diving right into the spring season, which means we're finally seeing a lot of the series we've been anticipating all winter. This week, we've got one full-length light novel adaptation, plus two shorter series for those of you needing a quick dose of bishonen in your queue. 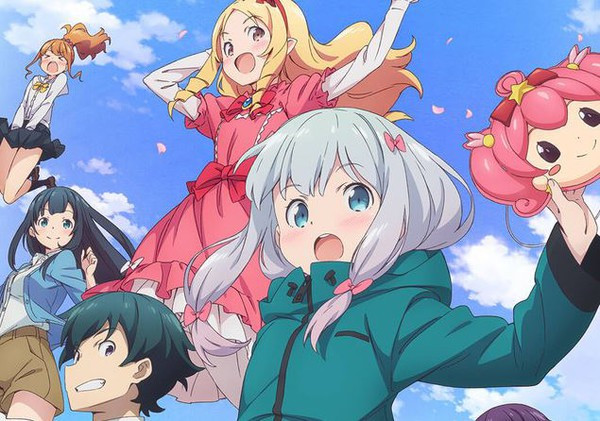 From the team that brought you Oreimo comes a story of brotherly love and light novels. Masamune Izumi is a high school student who has made a name for himself working as a light novel writer, collaborating with the mysterious Eromanga-sensei -- an amazing artist who has a special talent for drawing lewd content. Now, living alone with his shut-in sister Sagiri, he's redoubling his efforts to make money as a writer... and his collaboration takes on a whole different tone when he discovers that Sagiri and Eromanga-sensei are the same person.

The Hook: Considering the title character's true identity was a major part of the marketing, the "reveal" that the adorable young Sagiri is Masamune's collaborator isn't really that big a deal. What does catch you is what happens to their relationship immediately after. Sure, there are the expected light novel-style jokes, but there's a distinct echo of tragedy about their family that we may see expanded upon as they go. Yes, the whole thing is a very meta stereotypical light novel-ish storyline, but the siblings discovering what makes them similar is far more heartwarming than silly.

Also, Sagiri seems to have even more of a life that we don't know about.

Who is it for: Let's be real. If you're tired of light novel adaptations, Eromanga-sensei is not going to be the thing that changes your mind -- because it's very self-aware and uses that. But fans of Oreimo and other such series will get a real kick out of it. And if you're a writer or artist, especially someone trying to kickstart your own projects, you'll probably associate quite a bit with both Izumi siblings.

Eromanga-sensei airs Saturdays at 10 AM PDT. 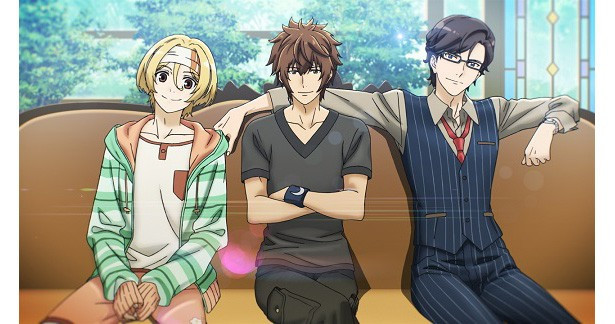 This "side M" to the recent first-person POV anime OneRoom casts you as the "apartment manager" for a country house split into apartments. Your tenants are the sporty but laid-back Takumi, the eager young actor Aoi, and the slick businessman Shinya. And as of now, you're moving in with them.

Like OneRoom, this series consists of short episodes where "you" interact within the world of the anime thanks to camera angles that would normally be considered fourth wall breaking. Unlike OneRoom, though, you don't meet the characters one at the time for isolated stories. Rather, they all interact with you within one larger story. Whether they'll split off into personal subplots is another question.

The Hook: It's hopefully not too big of an ask to suggest that you watch to the end of the credits, especially for episodes this short. We'll just say that one of the boys isn't necessarily all that he seems... and not necessarily in a malicious or deceptive way.

Who is it for: If you like bishonen and need something to tide you over while you wait for the next girl's side dating sim to launch, this is definitely right for you. Even if you're only somewhat sure you'll enjoy it, you can probably spare four minutes to watch an episode and find out.

RoomMate airs Wednesdays at 8:15 AM PDT. 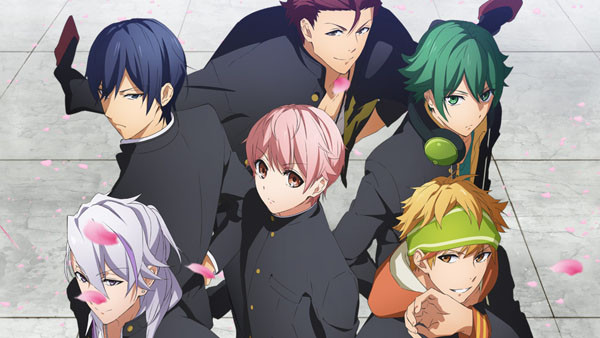 How's this for you? An anime based on a dating sim based on a famous beat-'em-up game series. The keystone of Kenka Bancho Otome is Hinako, a supposed orphan whose twin brother Hikaru finds her again and asks to switch schools with her. In his place, she attends the rough-and-tumble Shishiku Academy, a school that could make Gokusen look tame by comparison. All Hinako knows is that, in Hikaru's place, she must "rise to the top" of her school. Within a few minutes, it becomes pretty clear what that means.

Does this lonely girl, who grew up with no idea that she was the daughter of a notorious Yakuza family, have what it takes to survive, much less beat her way to the top?

The Hook: Boy, does she ever.

Who is it for: If you're a fan of the original Kenka Bancho Otome, you'll definitely want in on this. The entire lead cast is back to reprise their roles. And like RoomMate, this is good for anyone on the lookout for a bishonen-centric series. Basically if you find yourself thinking Ouran High School Host Club would be better if everyone just punched each other a lot, this is for you.