PC and PS4 versions launch in the west later this month 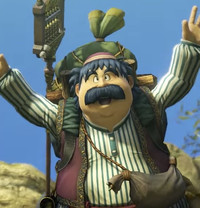 Leading up to the western release, the Dragon Quest Heroes II character introduction trailers continue with a trio from Dragon Quest IV. Watch as Alena, Kiryl, and Torneko join in on the action.