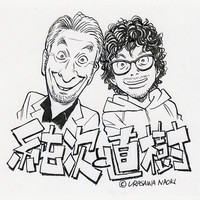 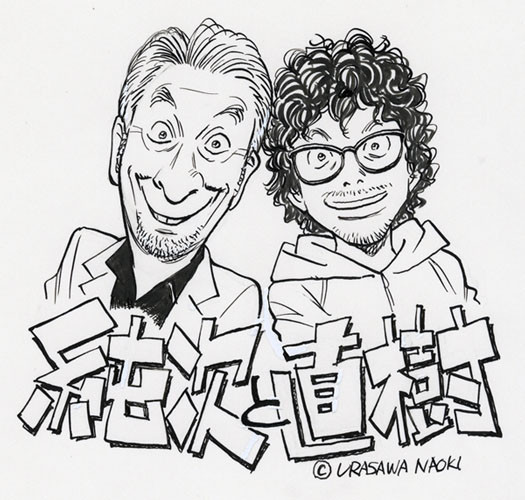 Junji and Naoki, a 25 minute weekly radio program hosted by actor / comedian Junji Takada and manga author Naoki Urasawa, now has an official logo featuring caricatures of both hosts as illustrated by Urasawa. The logo was revealed to coincide with the broadcast of the 3rd episode of the radio show, which airs at 5PM JST on Sundays on the Nippon Cultural Broadcasting (AM 1132 / FM 91.6) network. 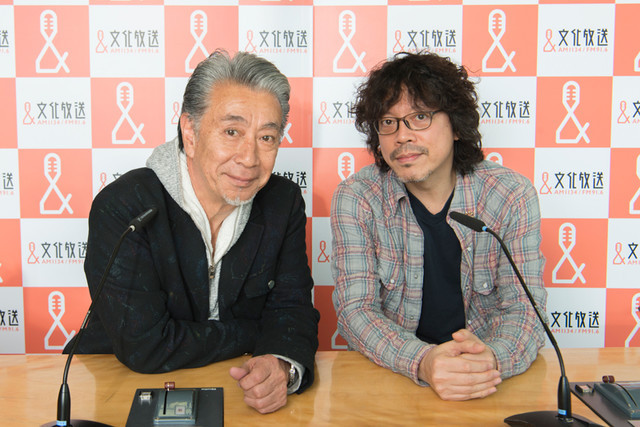 Junji and Naoki debuted on April 9, 2017, and it features both men talking candidly about their lives, their professions, and their favorite hobbies such as music and movies. Takada and Urasawa also take questions from audience members via a dedicated e-mail address, and each episode includes a segment entitled "Motto of the Week".