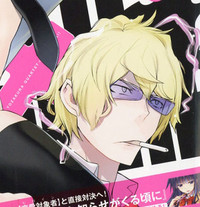 It's going to be a hot couple of days for manga crossovers on the covers of Kodansha's monthly magazines. Firtst, out in shops April 25th, the leads of Hiroaki Samura's graphic samurai series Blade of the Immortal have prepared for their April 29th, live-action premiere by intimidating the lead of his new Wave, Listen to Me! on the cover of Afternoon.

Kodansha, who has started releasing Wave in North America, describes the series:

Ranked #6 among the male readers in 2016's This Manga is Amazing!, the stylish writings of Blade of the Immortal's Hiroaki Samura bring you the latest addition to the series! With her third show under her belt, Minare Koda's silver tongue has echoed throughout late-night Hokkaido! Having just overcome an absurd show plan involving the burial of the ex who betrayed her, without a moment to spare, a new trial is sprung upon Minare. After a neighbor in her apartment complex, Shinji Oka, sends a FAX to the station, she ends up paying a visit to his home. There, she finds questionable bags of rotting flesh in the crawl space?! 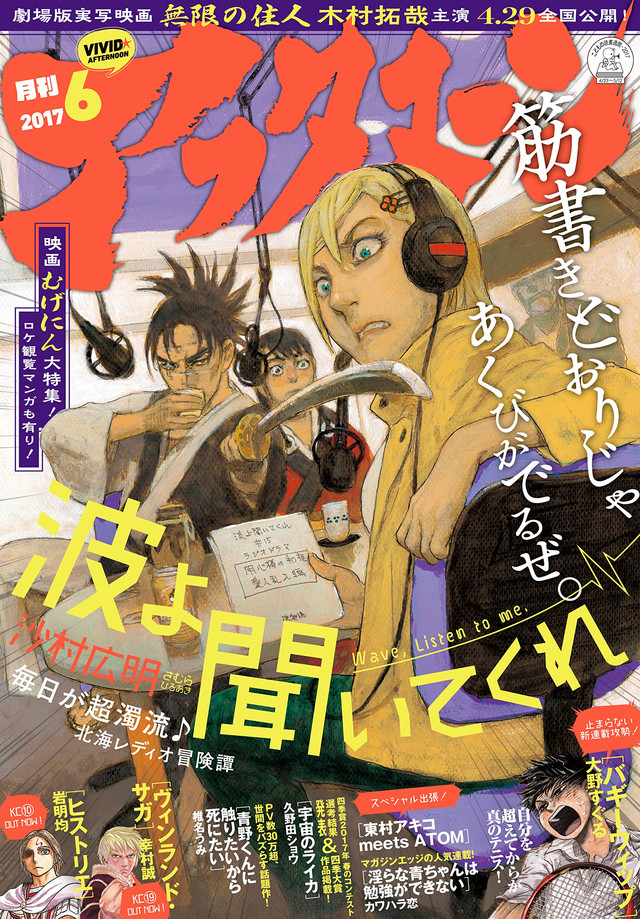 Then in the Monthly Shōnen Sirius out on April 26th...

Suzuhito Yasuda is the illustrator on Ryohgo Narita's Durarara!! light novels about the strange and interesting people running around Ikebukuro, Tokyo.  He's also the author of the Yozakura Quartet, about Hime Yarizakura, the sixteen-year-old mayor of fictional Sakurashin and her partners in keeping the peace between the town's human and supernatural residents.  In 2011, the two joined in a pair of art books. They met again in 2013 for a bonus manga. And, they met again in this year's new art books Shooting Star Etiquette and Shooting Star Dandyism, this time with  Is It Wrong to Try to Pick Up Girls in a Dungeon? and Yasuda designed Shin Megami Tensei: Devil Survivor joining.

The new  Shōnen Sirius gets in on the fun... 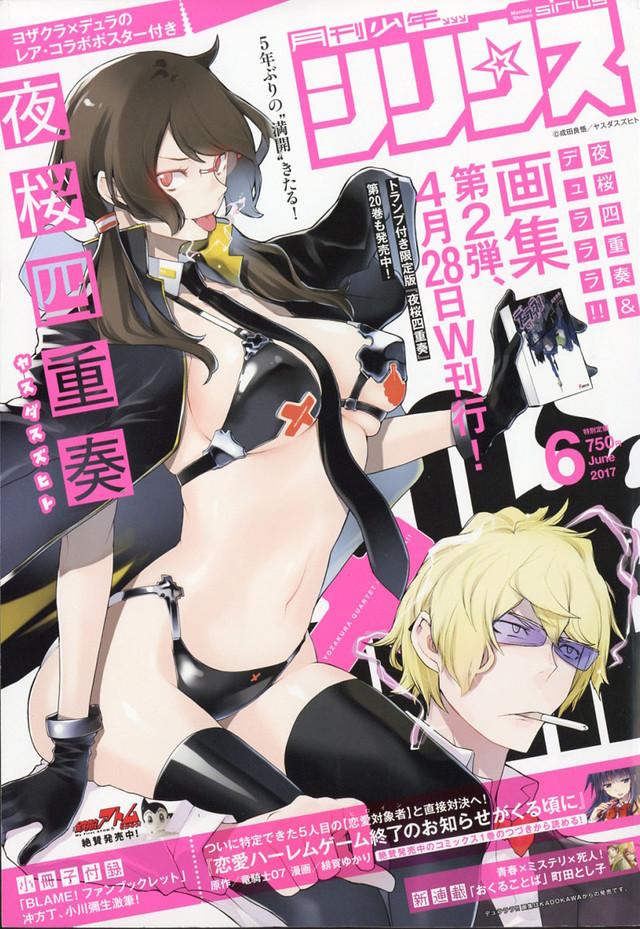 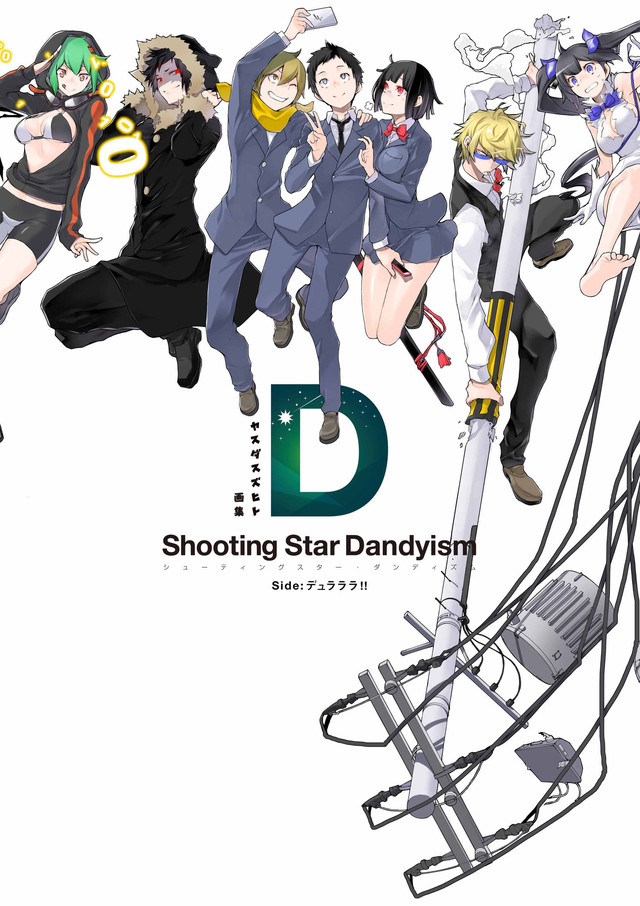 Tags
blade of the immortal, wave listen to me!, durarara!!, yozakura quartet
« Previous Post
"Bleach: Can't Fear Your Own World" Follow-Up Novel Prepares To Kick-Off
Next Post »
Voice Actors Get Plush Treatment in "Nui Nui Hinobori San Kyoudai" CM
Other Top News
0 Comments
Be the first to comment!
Sort by:

Blade of the Immortal Manga Gets Deluxe Hardcover Releases