With the unexpected ending of Daichi Sorayomi's Keijo!!!!!!!! manga, speculation about the reason zeroed in on reports that the anime only sold 715 copies 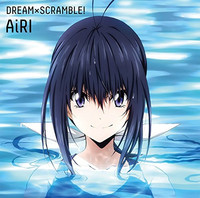 With the unexpected ending of Daichi Sorayomi's Keijo!!!!!!!! manga, speculation about the reason zeroed in on reports that the anime only sold 715 copies.  Not so much according to Sorayomi. In a blog post, he explains that the reason isn't correct and the numbers weren't much better.

He stresses that this decision had nothing to do with the anime sales (as it had already been decided).

Many of the rumours surrounding Keijo have been incorrect and it seems he wrote this post to debunk them. Including the anime sales amounts.

"When I saw online that it had only sold 715 copies, I checked with the anime company and the numbers were higher than that"

"It's like the decimal place was different"
Keijo's sales were closer to 7000 than 700 as previously reported. https://t.co/U5YKEWkQFD pic.twitter.com/3ofVX4hZnw

Everyone loves a conspiracy, but most things are just simple. In this case, the Keijo author was just stressed and ended up doing too much.

@CanipaShow Shogakukan spent half a year trying to recruit an assistant but he never got one.

@CanipaShow It's not just for Keijo; Oricon's estimates are taken as solid information for both JP and international fans (aided by news outlets).