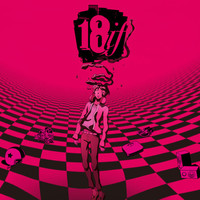 GameSamba has announced today that Mobcast’s Japanese puzzle RPG, 18: Dream World, is now available for Apple devices via the App Store. The previous Android release has also been updated, introducing new features and events to the game. Along with this, Funimation has announced the license of the related anime 18if from Gonzo and legendary animator Kouji Morimoto (Akira, Memories).

The game is described

“18” was created with the help of legendary game designer Tetsuya Mizuguchi (Lumines, Rez, Space Channel 5). It takes place in the mysterious Dream World, where players will form a team of characters from a cast of hundreds and journey through story-filled stages in order to unlock the truth about the Dream World, and the strange new disease that’s trapping people there.

Using a combination of RPG and puzzle mechanics, players must defeat and recruit a wide variety of enemies, as they grow their heroes’ power.

To celebrate the new launch, GameSamba will be offering a variety of in-game events and giveaways to players of both versions of “18”. Details on the promotions will be available the official Facebook page, and on the official website.