"Ghost in the Shell" director gets understandably distracted. 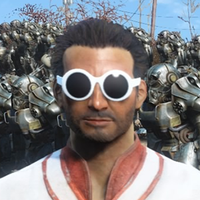 In his online magazine Mamoru Oshii's "Making Half the World Angry," the Ghost in the Shell director recently sang the praises of Fallout 4. The article was reprinted on the Automaton website, sharing screenshots and delving into the interesting twists of the new title. 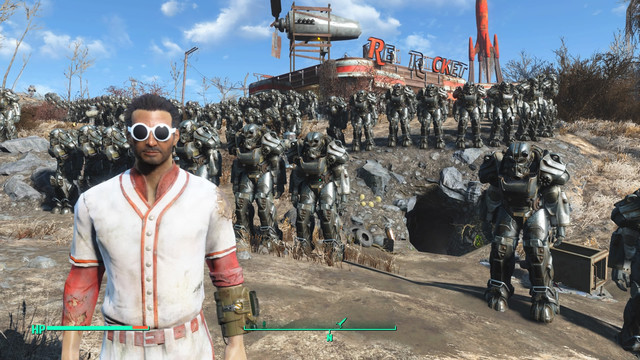 The article is another installment in Oshii's regular check-ins from the frontline, almost literally, as he discusses both the game itself and his own strategies. In the April 15 installment, he recounts his first meeting with the Brotherhood of Steel, and shares his tactics (largely involving landmines, rocket launchers, and letting other factions do the dirty work) for beating them.

Late last week, Oshii's manager posted screenshots of messages from the man himself, explaining that the next issue would be delayed: 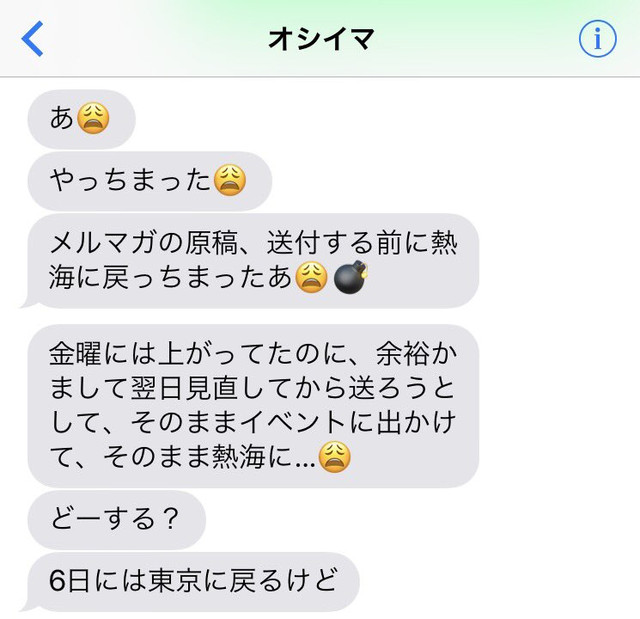 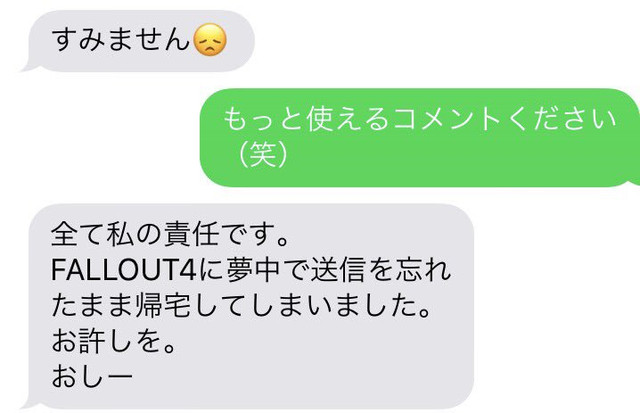 For those who can't read the Japanese, that's Oshii telling his manager that he'll have to put off publication for six days. The manager agrees to make the announcement, and asks for an official statement. Oshii replies with "Sorry," is asked to say a little more, and then admits that the delay is because he's been wrapped up in Fallout 4.

So far, though, it seems his fans are forgiving, with one even saying, "Well, if that's the reason, it's all right."

More information about Mamoru Oshii's magazine can be found on its official NicoNico landing page.