See what manga made the Best U.S. Edition of International Material—Asia list 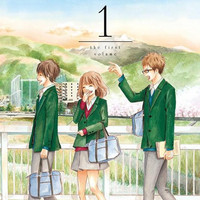 Comic-Con International has announced nominations for the American comic industry's prestigous Will Eisner Comic Industry Awards 2017. The nominees were chosen by a panel of expert judges.

The judges will meet in San Diego in April to select the nominees that will be placed on the Eisner Awards ballot. The nominees will then be voted on by professionals in the comic book industry, and the results will be announced in a gala awards ceremony on Friday, July 21 at Comic-Con in San Diego.

All voting is online. To vote, you must be a professional working in the comics or related industries as a creator (writer, artist, cartoonist, colorist, letterer), a publisher or editor, a retailer (comics store owner or manager), a graphic novels librarian, or a comics historian/educator.

The deadline for voting is June 16.