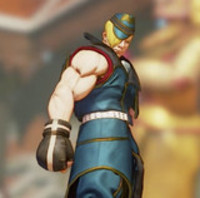 You can see him in action in the reveal trailer:

Release timing has yet to be announced, but those who participate in the May 11-14 Capcom Fighters Network beta will be able to give him a shot.