PlatinumGames' "Vanquish" Officially Slides to PC on May 25 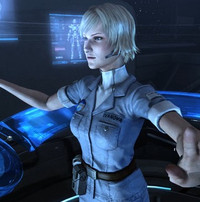 Alright, enough messing around. This time it's for REAL. Sega finally came out and officially confirmed plans for a PC port of Vanquish, which is coming to Steam with 4K support and other fresh features on May 25.

More from the Steam page:

Tags
vanquish, games
« Previous Post
Crunchyroll Adds "El-Hazard: The Wanderers" and "The Third: The Girl with the Blue Eye" to Anime Catalog!
Next Post »
FEATURE: Cooking With Anime - Yakisoba from "Kenka Bancho Otome"
Other Top News
3 Comments
Sort by:

REVIEW: NEO: The World Ends With You Brings the Beat Back to Shibuya