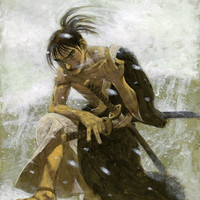 To promote the ongoing theatrical run in Japan, Hiroaki Samura (47), the author of the Mugen no Junin/Blade of the Immortal action jidaigeki manga, and Takashi Miike (56), the director of its live-action film adaptation starring Takuya Kimura (44), attended a talk show held at the Animate Shinjuku store in Tokyo yesterday on May 14. It was the second direct meeting for them since December 2015 when Samura visited the film studio in Kyoto. The filming of the film was held between November 2015 and the middle of January 2016.

In the talk session, the manga author confirmed that he received an offer from a Hollywood studio for a live-action film adaptation in the past. However, he turned it down politely due to drastic changes in the script. The Hollywood version was set in the modern-day New York, and the protagonist Manji, who is an immortal samurai in the Edo period of Japan (1603-1868), was changed to a dishonest trading company employee. He also commented on Miike's film, "When a film adaptation is made, it is often

criticized by the fans of the original, but rather, I have more fun when arrangements are made. As a film,

it was completed with perfect quality. I think it was made as I expected."

Ichihara (30). But only half of his footage that were shot for the film were used in the Japanese theatrical

version. On the other hand, all of his scenes are included in the international version that will be screened

outside of Japan. "If you want to see Shira, please see the international version," he advised.

The live-action film Mugen no Junin/Blade of the Immortal was released in 331 theaters in Japan on April 29.

Despite the distributor Warner Brothers Japan's high expectation, it ranked 6th with a very poor 189 million

yen in its opening weekend, then dropped to 8th in the second. It is now considered as one of the biggest box

in the Shell in April.

Meanwhile, the Animate Shinjuku store is now holding an exhibition of the original manga arts and the

costumes used in the film till tomorrow, May 16. 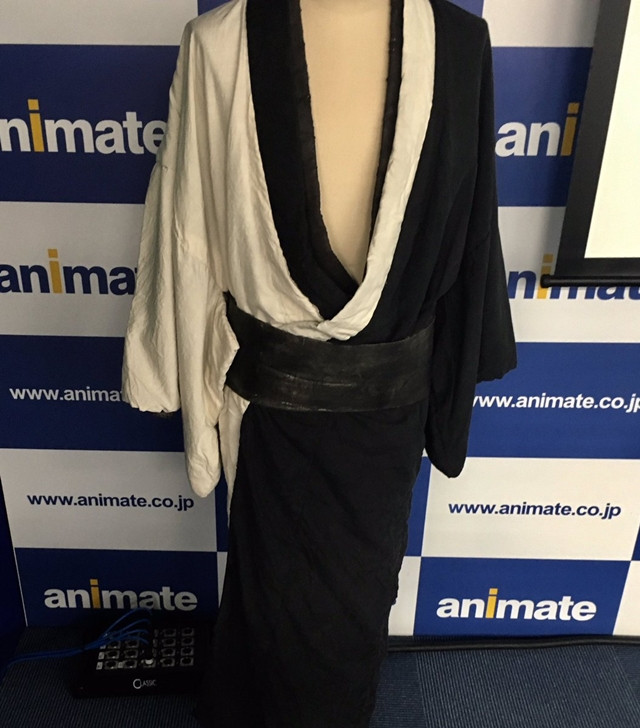 "Blade of the Immortal" trailer 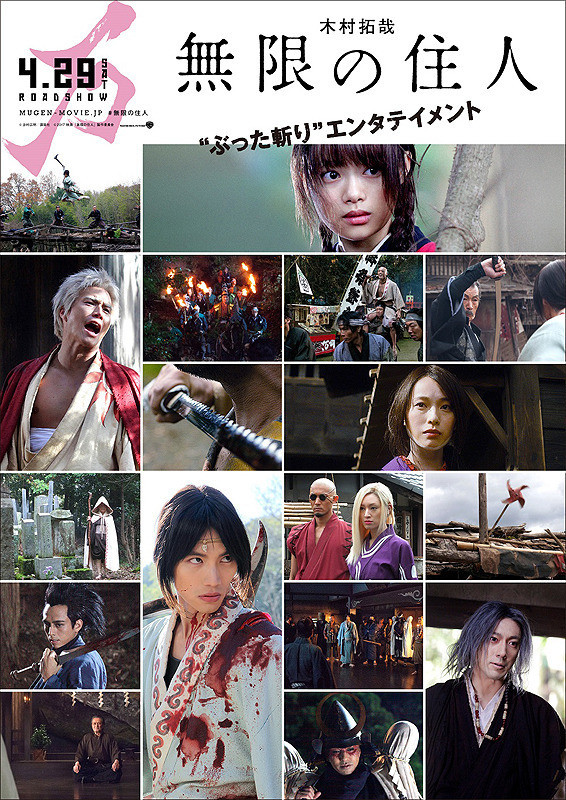