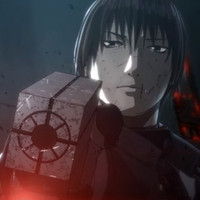 As reported, the anime film adaptation of Japanese manga artist Tsutomu Nihei's first serialized manga work BLAME! will be released in 27 theaters in Japan on May 20 for a limited time run of two weeks, and will be also simultaneously streamed on Netflix globally.

To promote the release, the film's official website has posted a 80-second longer version anime clip also based on the manga, which was previously inserted in the eighth episode of the Knights of Sidonia: War of the Ninth Planet TV anime. The episode "Saikai/Reunion" of the second season of the TV anime adaptation of Nihei's Knights of Sidonia manga series was aired in Japan on May 22, 2015, and the BLAME! clip was produced as a play within the play.

Polygon Pictures, previously worked on the Knights of Sidonia anime series again works on anime production of the BLAME! film. The Sidonia director Hiroyuki Seshita serves as the director, alongside 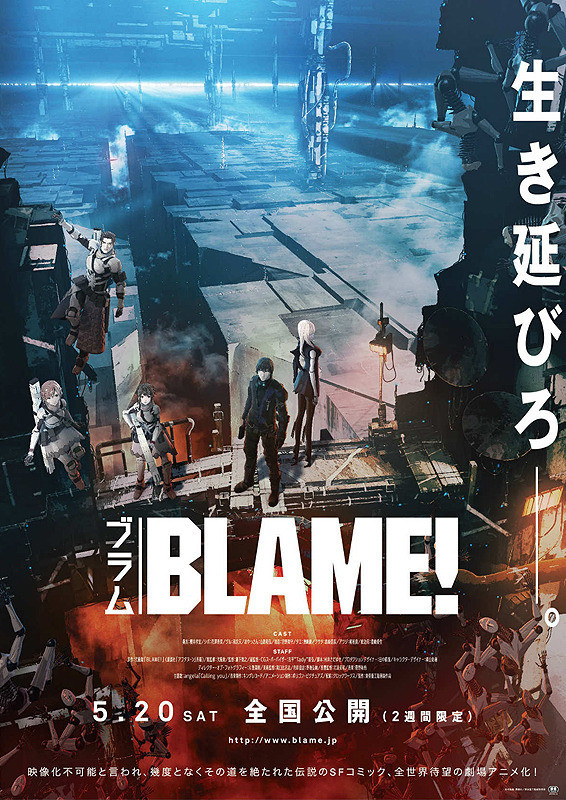 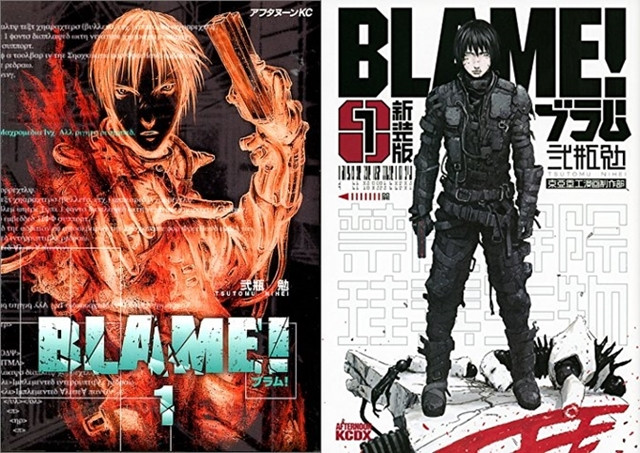