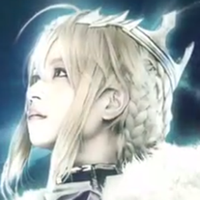 For a franchise that conquers all media in an era of stage plays, it was inevitable. Fate/Grand Order is coming to the stage, and they've just released one gorgeous trailer showing you the characters as they come to life.

The stage play will focus on Mashu Kyrielight (played by Akari Nanawo), Altria Pendragon (played by Yu Takahashi), and Bedivere (played by Hiroki Sana). A 15-second CM, consisting of a pared-down version of the trailer, was also released:

The show will go up for four days this summer at the Zepp Blue Theater Roppongi. Additionally, an in-game event featuring a story by franchise creator Kinoko Nasu will take place in honor of the stage production.