If you've been waiting for "Dragon Ball" on Switch, you'll want to grab a copy when it arrives! 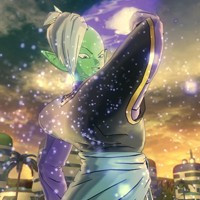 The Nintendo Switch is getting its own version of fighter Dragon Ball Xenoverse 2, and it’s coming for North American players a lot sooner than you may have thought. It’s going to launch this fall in North America, according to Bandai Namco.

The game will feature support for motion controls, ad-hoc play, and two-player battles on one system utilizing the Joy-Con controllers.

You can pick up Dragon Ball Xenoverse 2 right now for Xbox One and PlayStation 4.

FEATURE: To Filler Or Not To Filler - Your Guide To Dragon Ball Canon