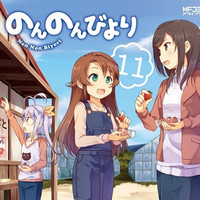 The official website for the TV anime adaptation of Atto's comedy manga series Non Non Biyori confirmed today that a new anime project is now in the works. The news was also revealed on the wraparound band of the manga's latest 11th tankobon volume released today in Japan (see the photo posted by the anime's official PR Twitter below). No further details, including when and how it will be distributed, are available at the moment.

The slice-of-life comedy manga series has been serialized in Kadokawa's Monthly Comic Alive since its November 2009 issue and was adapted into two TV anime series, both were produced by SILVER LINK. The first season was aired for 12 episodes from October to December 2013, then the second season titled Non Non Biyori Repeat followed for another 12 episodes from July to September 2015. 25-minute OAD episodes were produced for the special editions of the manga's 7th and 10th volumes. 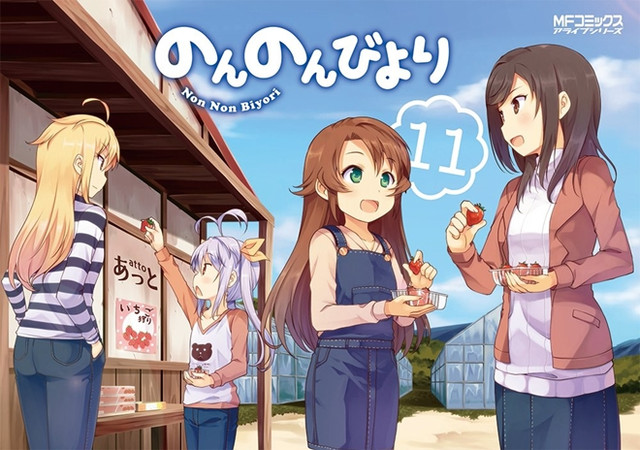