2D Sonic is coming to PS4, Xbox One, PC, and Switch 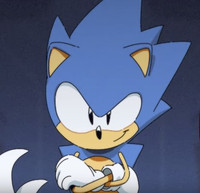 Rather than simply playing on nostalgia for the '90s in general, Sega released a new pre-order trailer for Sonic Mania that's genuinely cool on its own merit. Oh, and it also now has a release date, lining up 2D Sonic's return for August 15. Check out gameplay footage and some cool animated line art below.

For those who are curious, the sketch and color animation is by Tyson Hesse, and the music comes from Hyper Potions.

Sonic Mania is up for pre-order now on PS4, Xbox One, PC, and Switch.

KONOSUBA Tries on Some Tempting Attire in Latest Game Promo