For a third year, Wakakozake, a 2015 TV anime based on the manga by Chie Shinkyu, will be teaming up with Iwatsuka Confectionery 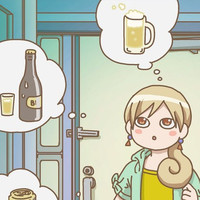 For a third year, Wakakozake, a 2015 TV anime based on the manga by Chie Shinkyu about Wakako Murasaki (CV Miyuki Sawashiro), a 20-something office professional who winds down with her hobby of sampling Izakaya (Japanese-style bar) food and drinks, is teaming up with snack-makers Iwatsuka Confectionery Co. Ltd. for a limited time promotion focusing on snacks for grown-ups.

Wakako enjoying beer will be on the package art for this summer's shrimp and bell pepper, shrimp and potato and salt - wasabi flavored snack, and she'll be introducing this offering in a series of spots on Iwatsuka's Youtube channel. 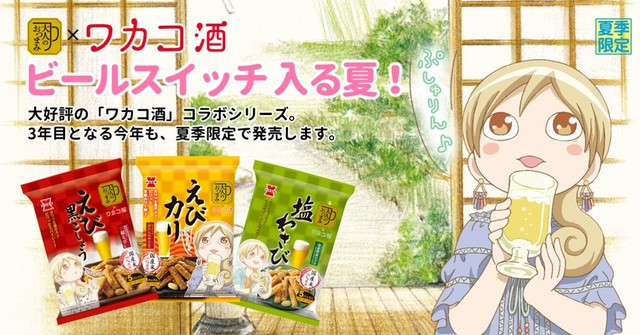 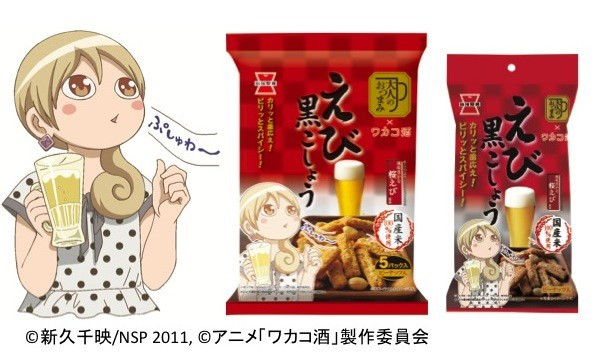 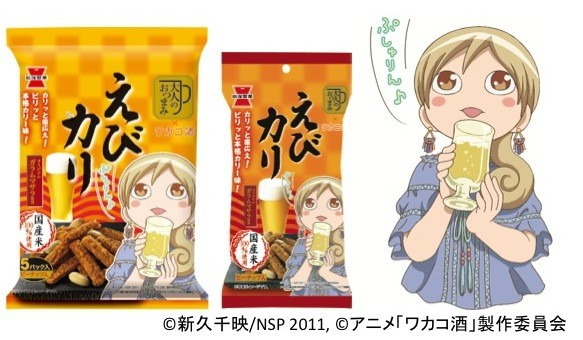 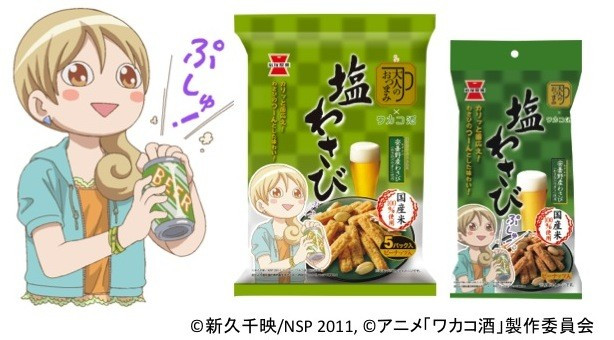 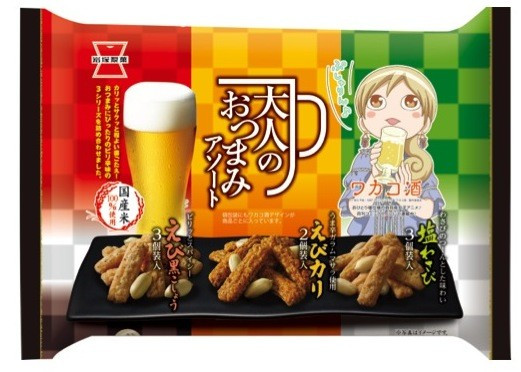 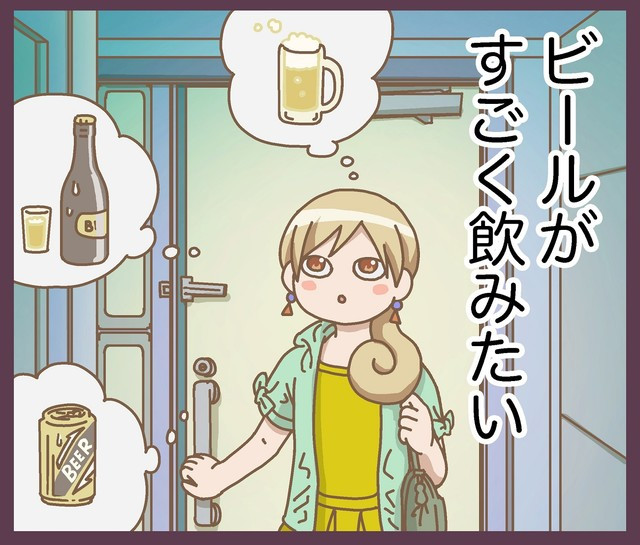 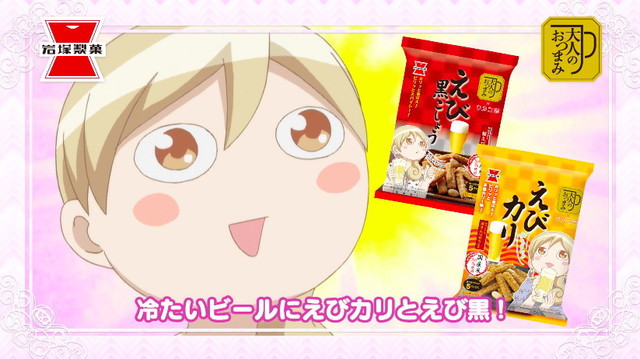 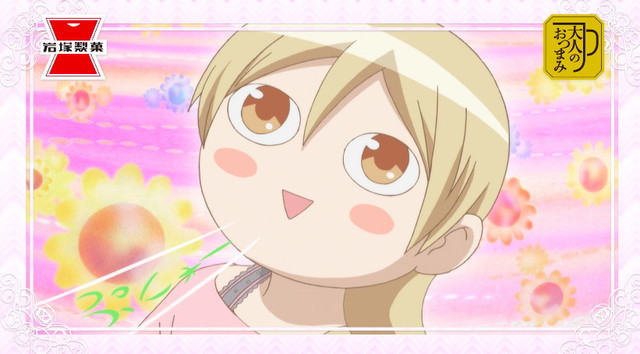