Two New Series Reportedly On Their Way To "Shonen Jump" 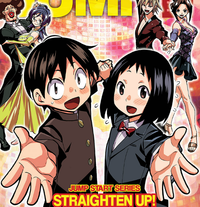 Reports from an early look at the upcoming issue of Shonen Jump purport that the manga magazine is set to introduce a pair of new series leading up to the June 26, issue 30 of the magazine. 28 has Shudan! a soccer manga by Straighten Up! Welcome to Shika High's Competitive Dance Club's Yokota Takuma (aka YOKO). Then, in 29 it's Cross Account, a fate-lover relationship series by Tokyo Wonder Boys' Date Tsunehiro.