Kendama is a cup and ball game, introduced to Edo Era Japan in the late eighteen century 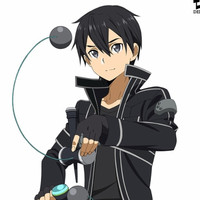 Kendama is a cup and ball game, introduced to Edo Era Japan in the late eighteen century. Supposedly, it was initially more of a drinking game than a child's toy. Still, there are tournaments and associations for players to test their skill. But, now we're in the digital age, so we have the Dendama ("electric ball" rather than "duce ball"), a toy that with tracking, ranking, and competing via a linked app. And, there's a Sword Art Online model!

Not only does the SAO Dendama have a motif of Kirito's Elucidator and Dark Repulser sword, it has his voice. Or rather, Yoshitsugu Matsuoka's voice on 100 phrases. At 15,000 yen before tax (about $135 these days), it's not the cheapest gadget, but it is supposedly "Extreme!'" 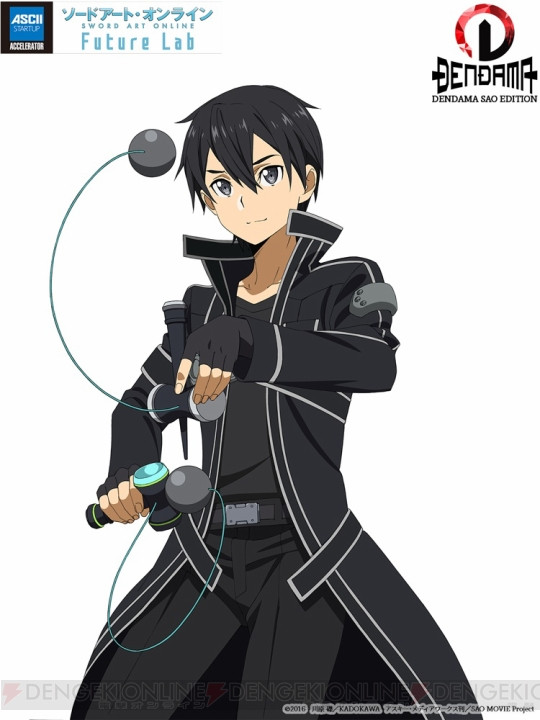 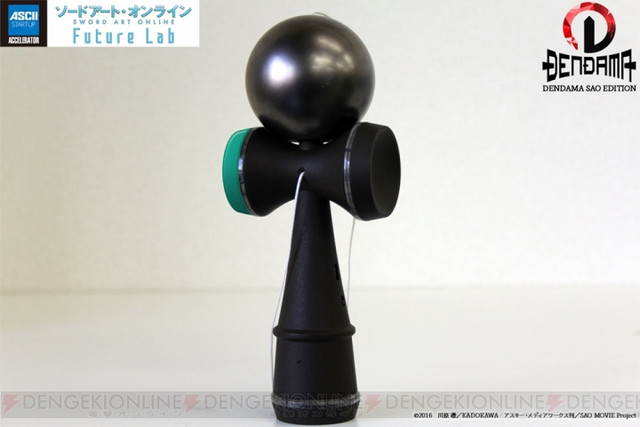 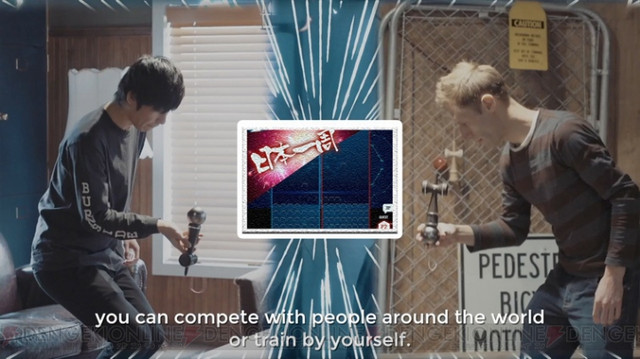 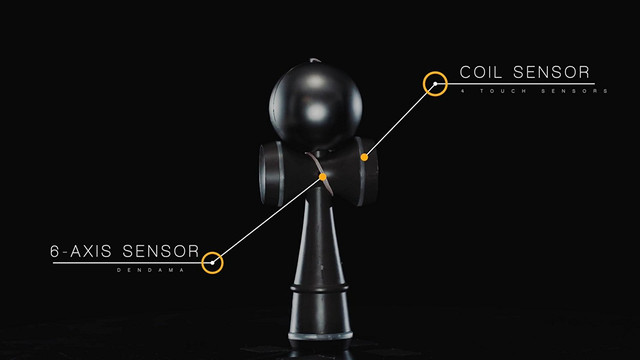 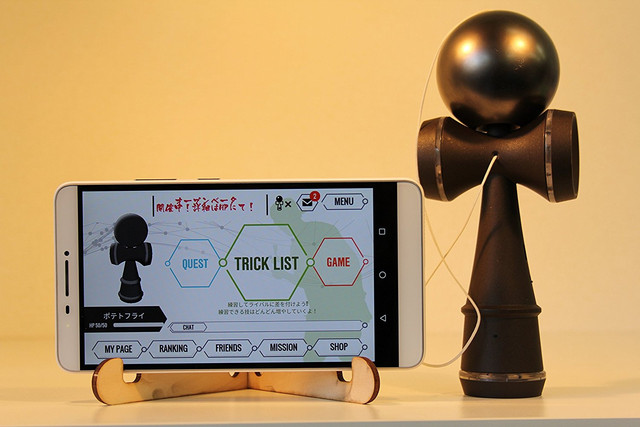 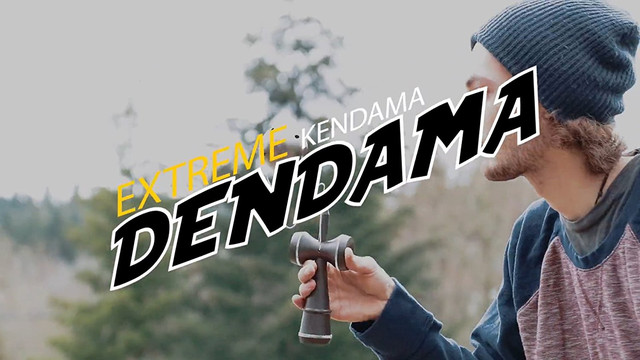