Sequel to "Terra Battle" strikes first on iOS, Android, and PC this summer 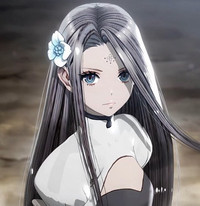 This week saw the official reveal of the latest game from Final Fantasy creator Hironobu Sakaguchi and his studio Mistwalker. It turns out we can look forward to more than just one game, because both Terra Battle 2 and Terra Wars have been announced as part of a larger "Terra World" project.

Terra Battle 2 is coming to iOS, Android, and PC in Japan and North America this summer, and will be free to play with in-app purchases. Sakaguchi serves as producer, with character designs by Kimihiko Fujisaka, music by Nobuo Uematsu, and co-development from Silicon Studio.

The official English website is now live, and you can see the trailer below, featuring the song "High Sky" from Uematsu's band Earthbound Papas.

Here's a message from Sakaguchi:

This is the inception of a brand new franchise — Terra World.

Following the success of “Terra Battle” (Terra Battle 1), I have created “Terra Battle 2” and “Terra Wars.” While both share the same fundamentals as Terra Battle, they offer re-designed gameplay, and a completely new world and story.

I intend to use a similar numbering structure as my past work: the FINAL FANTASY series. Each installment of the “Terra” franchise will have its disctinct feel, unique from any other.

Yes, I have become old enough that some call me a “legend,” of the industry, but I wish to try and remain an active creator. Until the day I retire, I (secretly) wish to expand the “Terra World” and create 9 experiences. (As I have created 9 installments for the Final Fantasy series.)

And then there's Terra Wars, which is also coming to iOS, Android, and PC with a free-to-play setup. Co-developed by Arzest, this one features characters from Terra Battle with the twist of a claymation-style art direction. 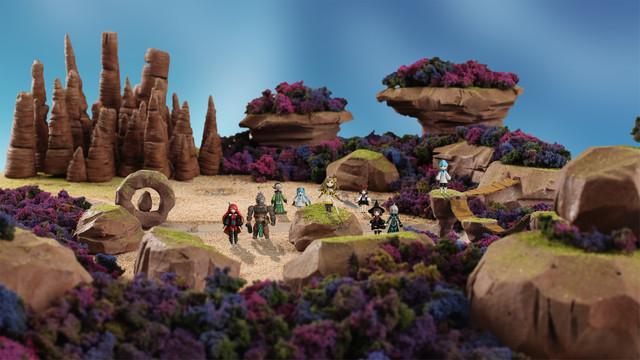