Learn to Manga with "JUMP Paint"

Shonen Jump's official manga program is free... and yes, it's available in English! 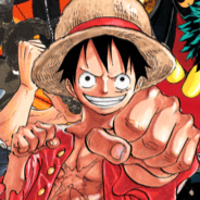 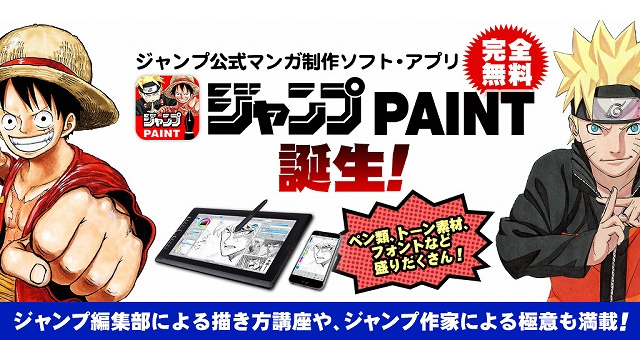 Want to create your own manga, but don't have the extra cash to spend on high-end software? Shonen Jump understands, and they want to help. As part of their 50th anniversary celebrations, they've released JUMP Paint -- an easy (and free) manga creation app available for PC, Mac, iPhone, iPad, and Android.

JUMP Paint includes pens, tones, fonts (including official Shonen Jump fonts), and other material necessary for manga creation. Additionally, the editorial department will be sending out weekly lessons to help users improve at their craft, and samples of manga like Naruto and My Hero Academia will be able to read via the app. You'll also be able to submit your work to Shonen Jump Rookie for a chance at a manga contract. 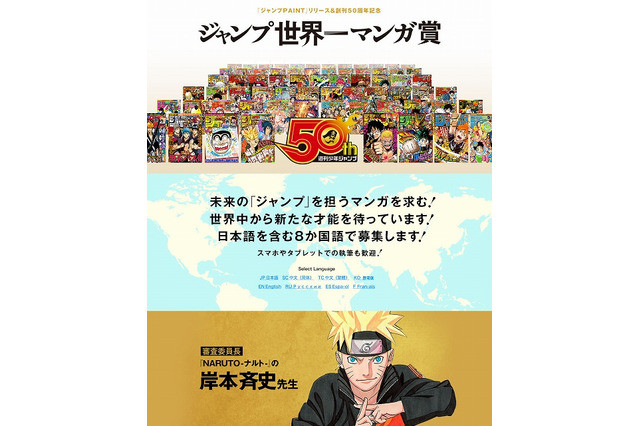 To celebrate the launch of the app, Naruto creator Masashi Kishimoto will be chairing the very first Jump Universal Manga Award. Users from around the world can enter for a chance at 1 million yen in prize money and publication in Shonen Jump. Entries are due January 5, 2018.

English-speakers can jump right on over to MediBang to start using Jump Paint right now.