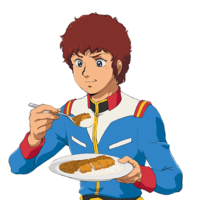 Giant robots and curry are two great tastes that taste great together, or at least that's the logic behind a new promotional campaign that combines the classic Sunrise mecha series Mobile Suit Gundam with the Curry House CoCo Ichibanya restaurant chain. 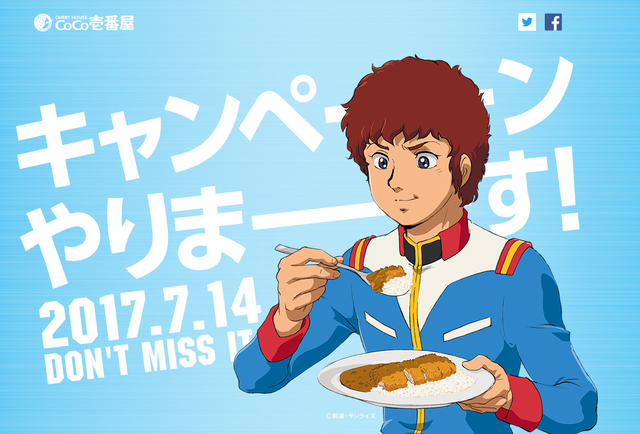 The collaboration begins on July 14, 2017, and it features new artwork of Mobile Suit Gundam protagonist Amuro Ray stuffing his gob with delicious curry. An official campaign page featuring the phrase "Let's do the Campaign!" in Japanese and "Don't Miss It" in English has also been published. 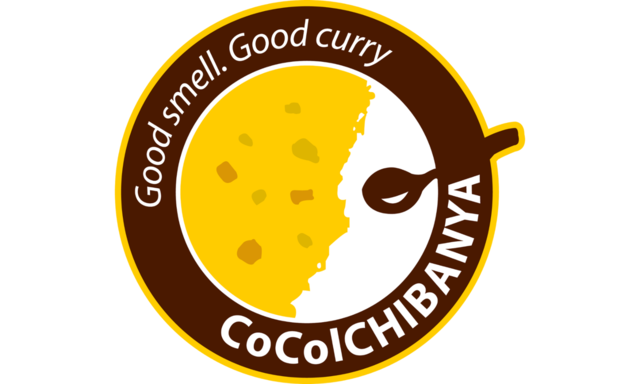 Founded in 1979, Curry House CoCo Ichibanya is celebrating its 39th anniversary this year. The restaurant chain has over 1000 locations throughout Japan's 47 prefectures. The original Mobile Suit Gundam TV anime was also originally broadcast in 1979. Previously, Curry House CoCo Ichibanya has teamed up with other anime properties such as LUPIN THE 3rd and Dragon Ball Z.

You Can Taste Jashin-chan Curry at Dropkick on My Devil! Collaboration Cafe in Tokyo