Release was originally planned for September 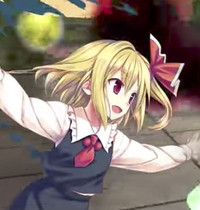 NIS America will be bringing Touhou Kobuto V: Burst Battle to the west this year, but they'll be doing so just a little later than planned. Originally set for an early September launch, the bullet-hell battle game will now hit PS4 and Switch (physically and digitally) and PS Vita (digital-only) in North America on October 10, followed by Europe on October 13.

As is the case with the recent Culdcept Revolt delay, Touhou Kobuto V has been pushed back "to accommodate the production and manufacturing of the game."