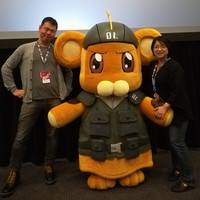 The official website for Full Metal Panic! Invisible Victory, the new TV anime adaption project based on of Shoji Gatoh's Full Metal Panic! light novel series, confirmed today that they have rescheduled its airing to the Spring of 2018. The fourth TV anime was originally set to premiere this fall when it was announced in October 2016, but the word "this fall" was deleted from the website by early April of this year.

The site explains the reason for the postponement as below:

"In addition to the original staff who have worked on the series since the first one, we have added new members and have sank our teeth into the production. However, Full Metal Panic! is the title that demands high level of capability and vitality not only from the new members, but also from the original ones. We have almost given up the project many times. At all such times, we worked our fingers

to the bone in order to deliver the best work we can to the fans. Then literally, we reached our limit. We

needed more time. We realize that we need to ask for more time to continue the production. As a result

of various discussions, we have decided to postpone the airing to the Spring of 2018."

"There will be many things we can announce in future, so it would be helpful if you can keep sending

us your opinions and requests. We appreciate your kind cooperation for Full Metal Panic! Invisible Victory."

The news was also announced at the panel for the anime series' 15th anniversary at Anime Expo today.

by XEBEC (Fafner in the Azure, Space Battleship Yamato 2199). Katsuichi Nakayama, known for his directorial

works for the 2006 TV anime The Good Witch of the West, is attached to direct.