Norn9's Takao Abo is back at Kinema Citrus for the anime 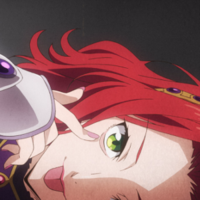 As promised, Kadokawa's slate of previews for Anime Expo included a look at the adaptation of fantasy light novel series The Rising of the Shield Hero (aka Tate no Yuusha no Nariagari). Norn9's Takao Abo is back at Kinema Citrus for the anime. Keigo Koyanagi (Regalia: The Three Sacred Stars) is writing series composition with animator Masahiro Suwa (Chaika) on character design.

Volume 18 of the 2012 series by Yusagi Aneko and Seira Minami is due in Japan on July 25th. A 2014 manga adaptation by Kyu Aiya has run eight volumes.

One Peace Books, who releases a licensed English edition, describes the series:

Naofumi Iwatani, an uncharismatic otaku who spends his days on games and manga, suddenly finds himself summoned to a parallel universe! He discovers he is one of four heroes equipped with legendary weapons and tasked with saving the world from its prophesied destruction. As the Shield Hero, the weakest of the heroes, all is not as it seems. Naofumi is soon alone, penniless, and betrayed. With no one to turn to, and nowhere to run, he is left with only his shield. Now, Naofumi must rise to become the legendary Shield Hero and save the world!

Aneko Yusagi was born in Kanagawa. After growing interested in reading and gaming, Aneko began to write novels. Aneko wrote The Rising of the Shield Hero and began posting it online. After updating the story daily, an unprecedented amount of readers became addicted to the rapid pace of the advancing story, and the novel became an online hit. It was first collected and published by Media Factory in Japan in August of 2013. Aneko Yusagi was recently quoted saying, “I will rise and find great success in life.”

An interview with Aneko Yusagi