Also a perfect weapon against those ungodly splinters. 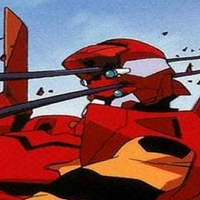 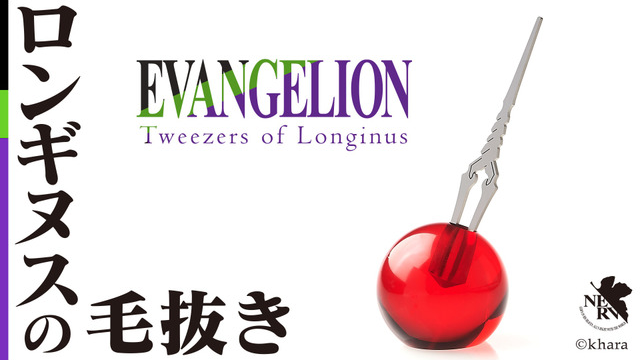 If your eyebrows are as tough to push back as an A.T. Field, there's hope: Studio Khara and Tokyo Otaku Mode have just launched the official Tweezers of Longinus, a stainless steel replica of the legendary Spear of Longinus made especially for home use.

The spear measures 11 cm in length, as compared to most tweezers at 8 cm long, allowing for better grip. And since these have been machined down to 0.001 mm accuracy, they're useful for fine hairs and difficult splinters. 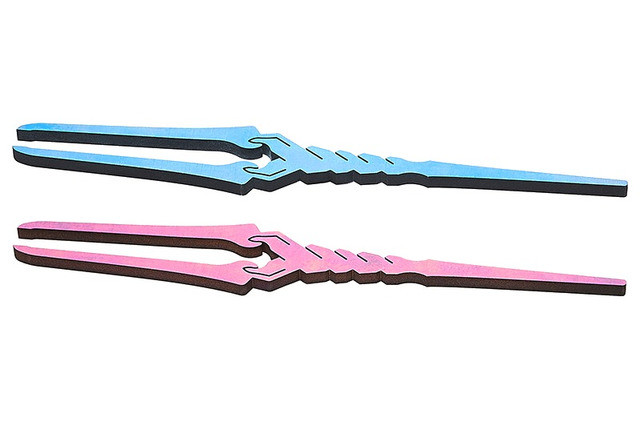 And if tweezers shaped like a Biblical relic still aren't extra enough for you, there are limited-edition titanium versions, too. These light, rust-resistant versions are available in blue or red, and limited to a run of 300 each... Or, well, they were. The official site lists them as already sold out.

The tweezers come with a stand shaped like a spherical core, so you can pretend you're destroying an Angel (or an Eva, we don't judge) every time you use them.

The stainless steel Tweezers of Longinus retail at $42.91 -- prior to being sold out, the titanium edition sold for $96.58. Pre-orders are open until August 31, and the first lot is expected to ship out in September.