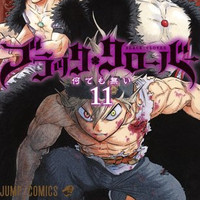 An early look at next week's issue 33 of Shonen Jump lists that the TV anime adaptation of fantasy action manga Black Clover is scheduled for October's fall season. It also lists that newcomer Gakuto Kajiwara will voice Asta with Nobunaga Shimazaki (Free!!'s Haruka Nanase) as Yuno. The two were voiced by Shun Horie and Soma Saito in a previous Xebec produced special.

The following week's issue will feature the results of the character popularity poll.

Composition: Kazuyuki Fudeyasu (Hajime No Ippo, Is the order a rabbit?, episodes of Jojo's)

An English language version is also release by Viz Media, who describe the series as follows:

"Young Asta was born with no magic ability in a world where magic is everything. In order to prove his strength and keep a promise with his friend, Asta dreams of becoming the greatest mage in the land, the Wizard King!" 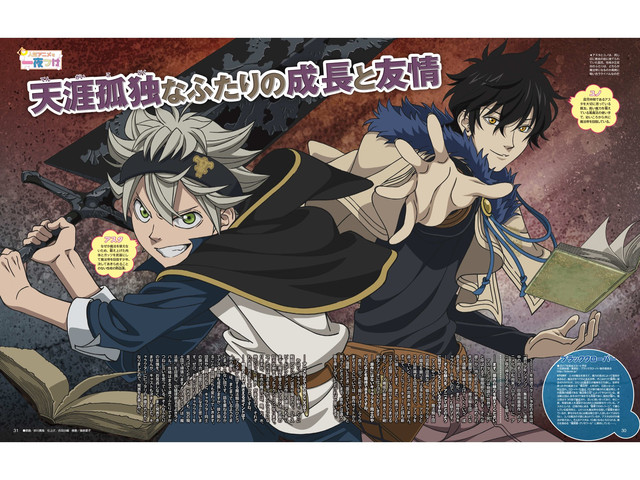