"BlazBlue" Prepares For Crossover Battle With "Persona 4," "Under Night In-Birth" And "RWBY!" 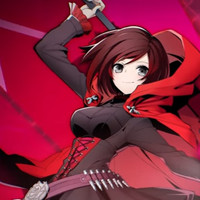 At this weekend's Evolution Championship Series (better known as EVO) fighting game evet, a reveal showcased some of the warriors who will be trading blows with the BlazBlue cadre in Cross Tag Battle. Along with BlazBlue Centralfiction characters, this will feature fighters from Persona 4 Arena, Under Night In-Birth Exe:Late[st], and even Rooster Teeth's RWBY!