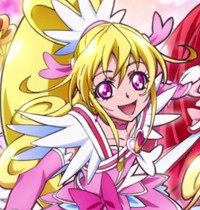 Fans of Glitter Force—AKA the Saban localization of the Smile Precure! anime—can look forward to more in the not-so-distant future. Next up is Glitter Force Doki Doki, which is the English version of 2013-2014 series Dokidoki! Precure, and Netflix has it listed for an August 18 debut.

Four girls summon their inner superheroes to defend Earth and the magical kingdom of Splendorius from King Mercenare and his minions.

Tags
glitter force, glitter force doki doki
« Previous Post
Kyoto Animation Brings Their Mascot to Life in "Baja no Studio" PV
Next Post »
"The Evil Within 2" Trailer Challenges You to Survive Its Horrors
Other Top News
10 Comments
Sort by:

New App Lets You Look up Info on All 61 PreCure