The 2006 manga ends next week with chapter 545, "Irreplaceable Friends" 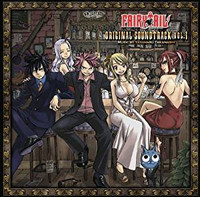 Hiro Mashima is the hero of the day! The author of the Fairy Tail manga has hit Twitter to break the news that a "final season" of TV anime is scheduled for 2018.

The Final Season of FAIRY TAIL TV anime will go on air in 2018!