Anime adaptation to air in 2018 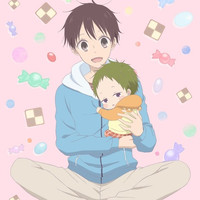 Following up on the initial announcement in March of this year, the September issue of manga anthology magazine Lala, which will be released on Monday morning in Japan has confirmed the initial cast information for the forthcoming anime adaptation of Hari Tokeino's Gakuen Babysitters manga. The initial cast information is below, and the announcement also confirmed that the anime will premiere sometime in 2018.

The story centers on the Kashima brothers, Ryuichi and Kotaro, whose parents were killed in a plane crash. They are taken in by Yoko Morinomiya, the chairperson of Morinomiya Academy who also lost her son and daughter in law in the same accident. She accepts the position as their guardian until Ryuichi becomes an adult. But in return, he has to work as a babysitter outside of school, leaving him without any free time. The story follows the brothers as they adapt to their new lives.