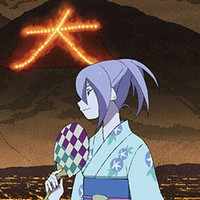 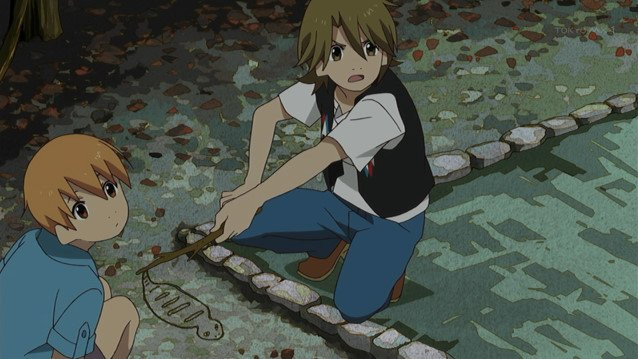 The cast of The Eccentric Family 2 have been acting as special goodwill ambassadors for the city of Kyoto as part of an ongoing promotional campaign, and the latest addition to the campaign includes new artwork that promotes the Kyoto Gozan no Okurubi, a gigantic ceremonial bonfire that celebrates the conclusion of the Obon Festival when the spirits of the departed return to the afterlife after visiting their families on Earth. 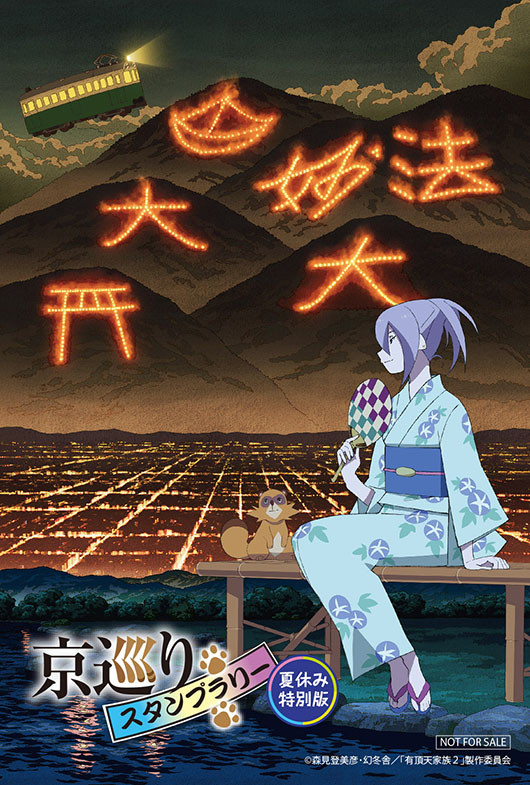 The new artwork features Benten in yukata (summer kimono) and Yasaburo in tanuki form enjoying the bonfires from a distance, while Yajiro flies through the sky in the shape of the Fake Eizan Electric Car in the background. The artwork is deployed on posters and in postcard form as part of an on-going The Eccentric Family 2-themed stamp rally.

"The Eccentric Family 2" Lives Foolishly Beginning in April of 2017