Show will replace "Ghost in the Shell" on August 19th 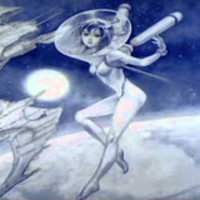 Adult Swim's Toonami block has announced that 1998 Sunrise action/ sci-fi anime Outlaw Star will return to the block, replacing Ghost in the Shell on August 19th. It was previously broadcast in 2001 and 2002.

Hey #toonami fans- Starting August 19th at 2:30am, we're happy to be bringing back OUTLAW STAR for another shot at destiny! See you then!

Before anyone asks- we don't have an answer on ep 23 yet. We are hoping we will be able to air with with some light editing. We'll see.

It's the remastered version, and will be largely uncut.