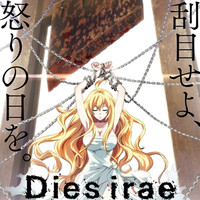 The official website for the upcoming TV anime based on light's battle adventure PC game series Dies irae is today updated with a new teaser visual featuring its main heroine Marie in chains with a tagline "Watch Close at the Angry Day."

It is announced that the ACGT-animated series is set to premiere on Tokyo MX at 25:05 on October 6, 2017, and will be simultaneously streamed on Abema TV. It is scheduled to be aired on BS11 every Monday at 24:05 and will be also streamed on other video streaming services.

As a part of the game company's 15th anniversary, a crowdfunding for the TV anime project was launched in May 2015. It collected 96,510,858 yen from 5,187 supporters in two months, becoming the highest funded crowdfunding project in Japan at the time. 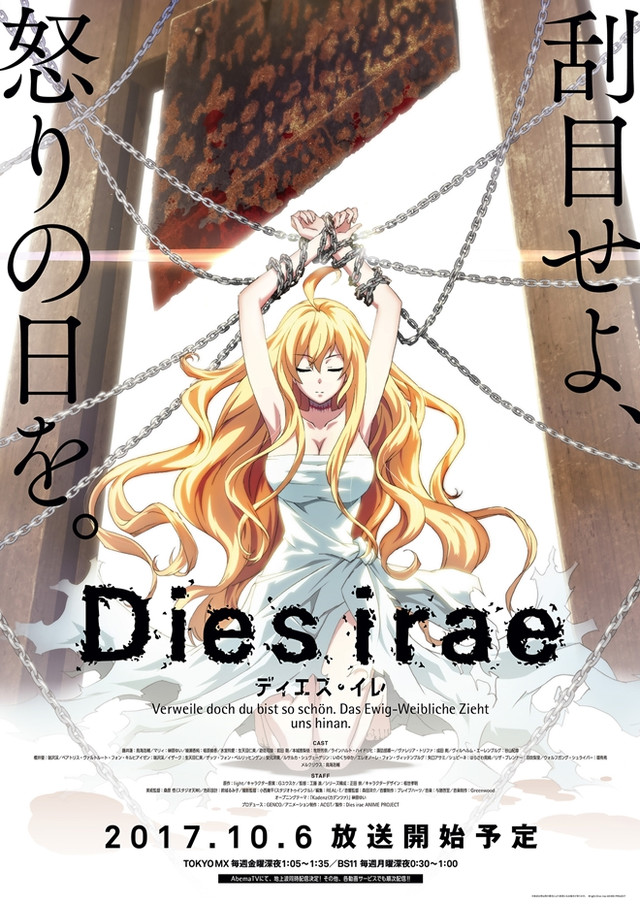 The OP song "Kadenz" is performed by 36-year-old voice actress Yui Sakakibara, who has voiced the 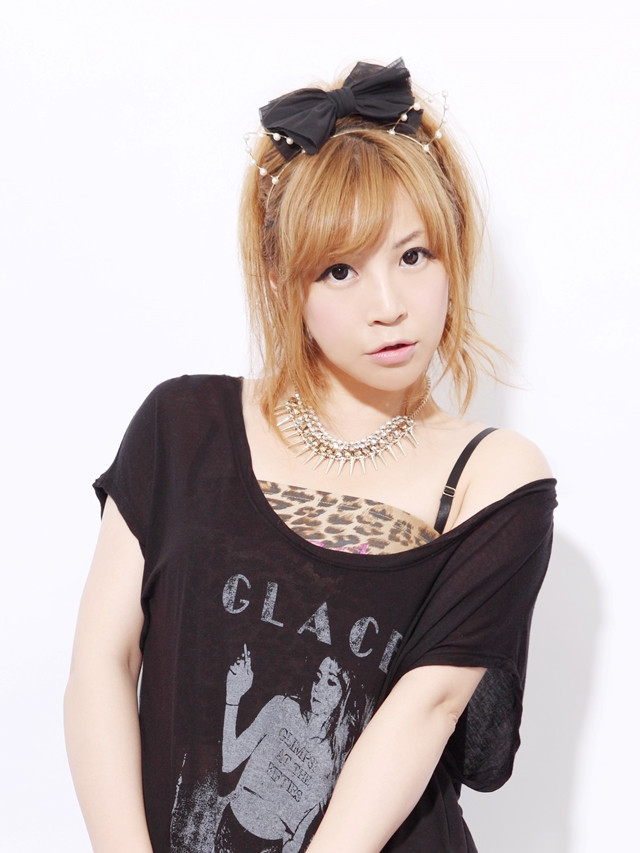 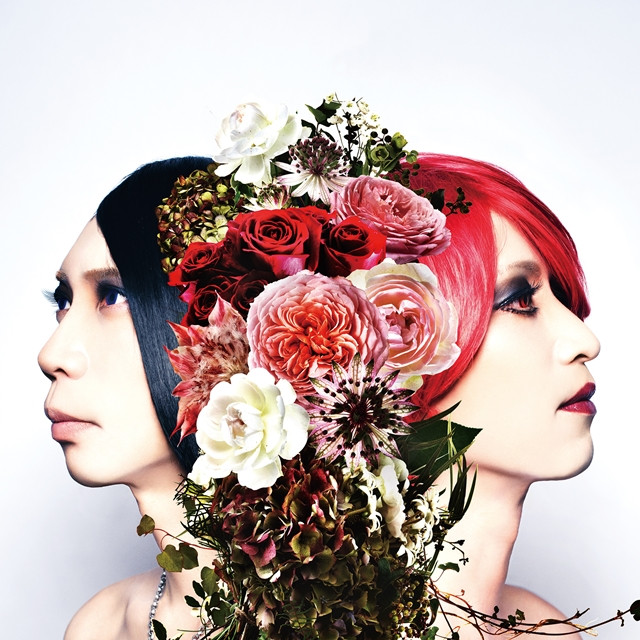 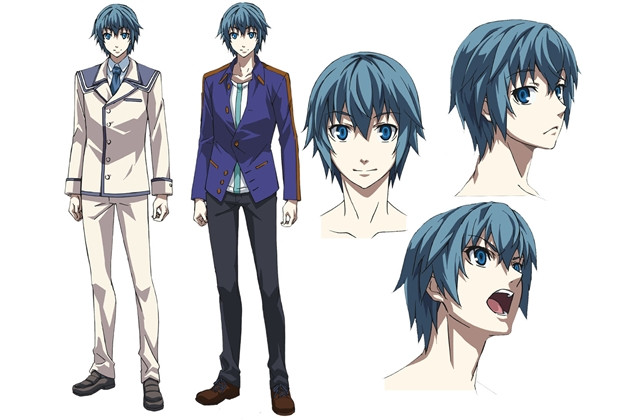 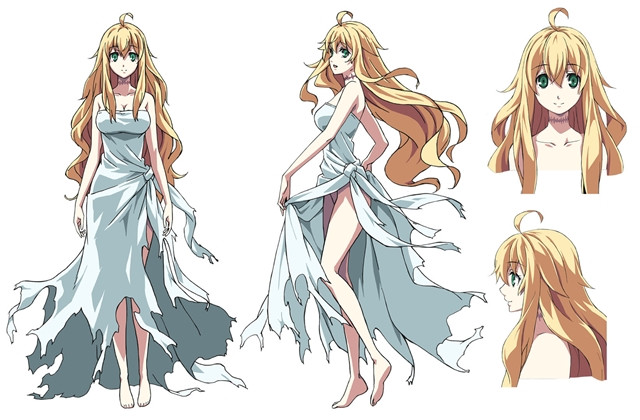 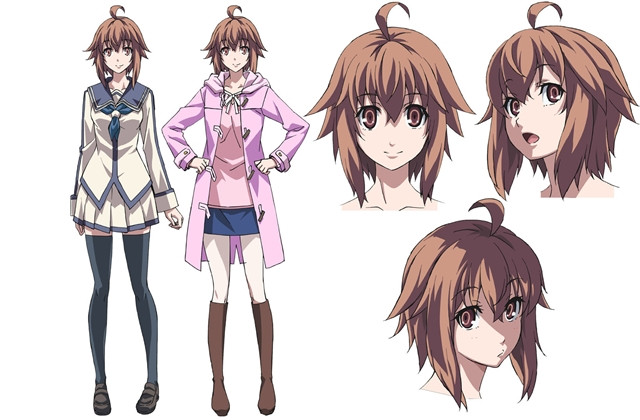 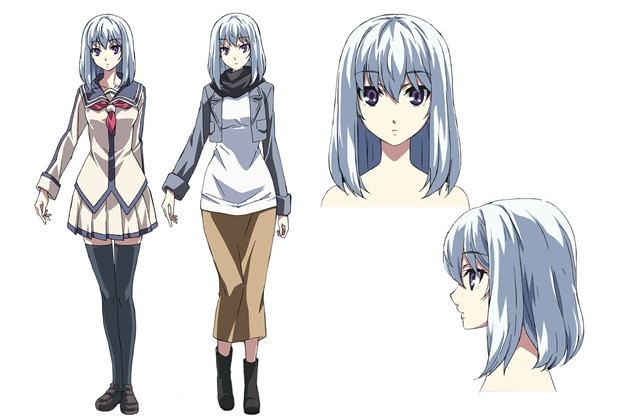 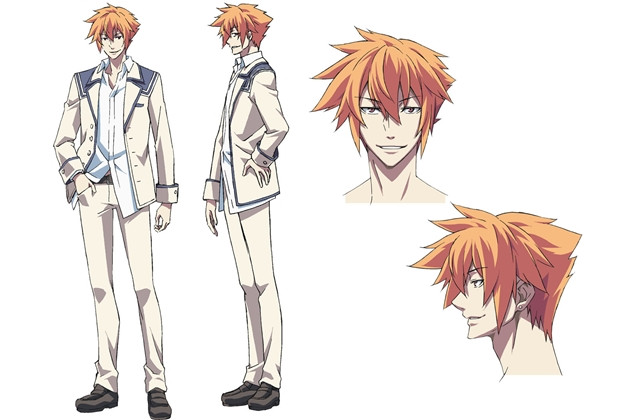 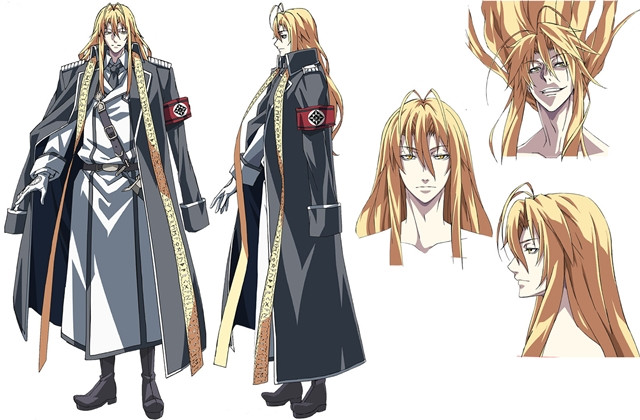 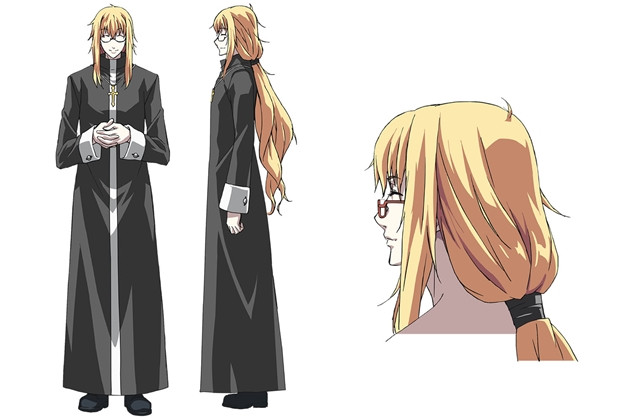 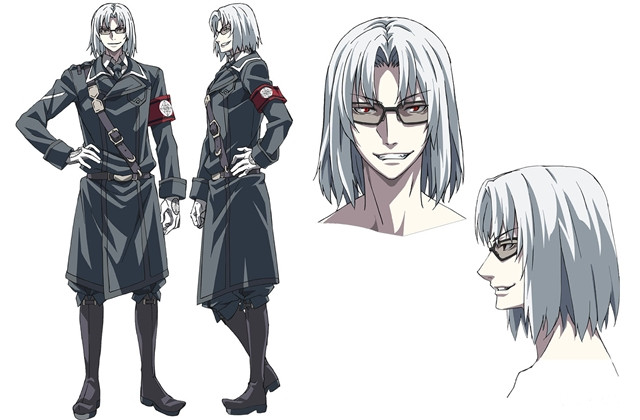 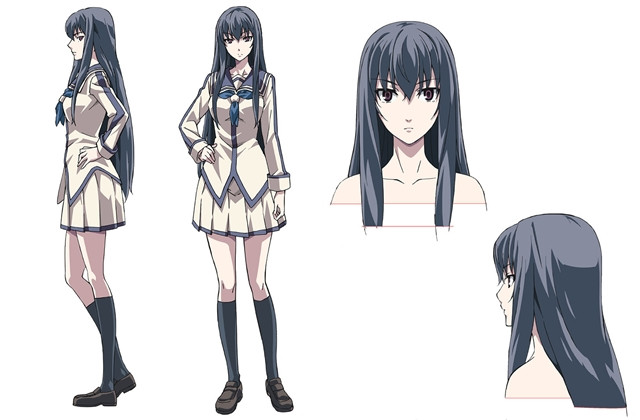 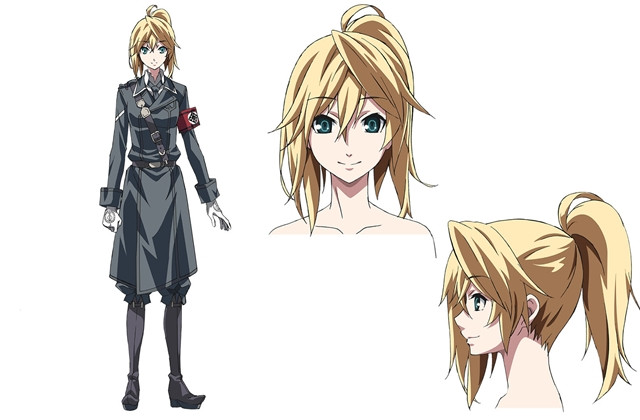 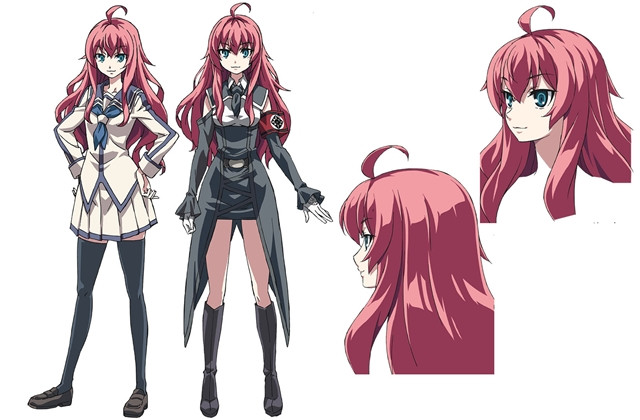 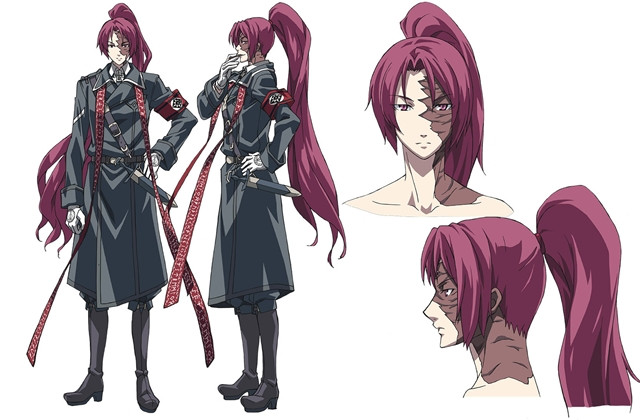 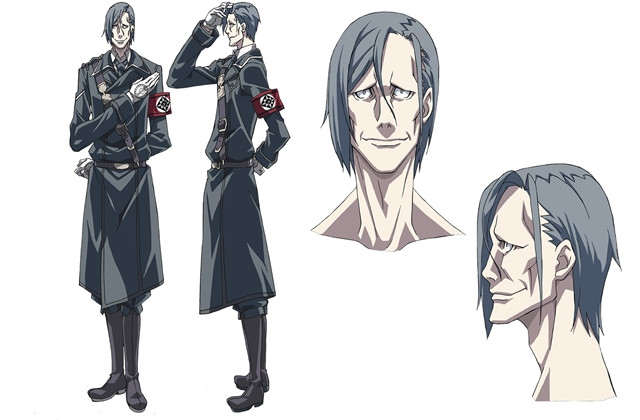 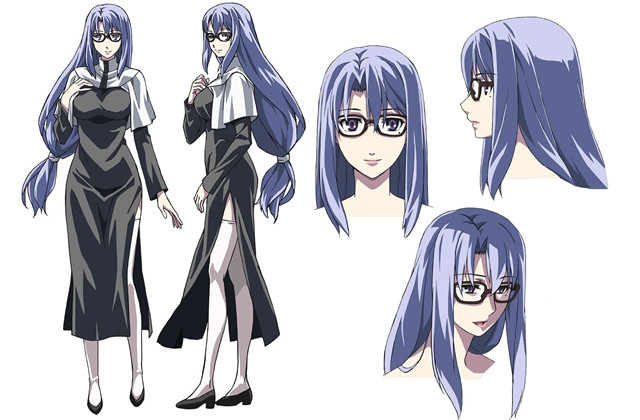 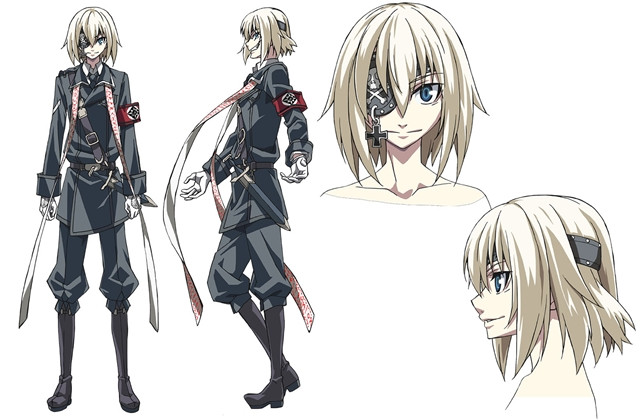 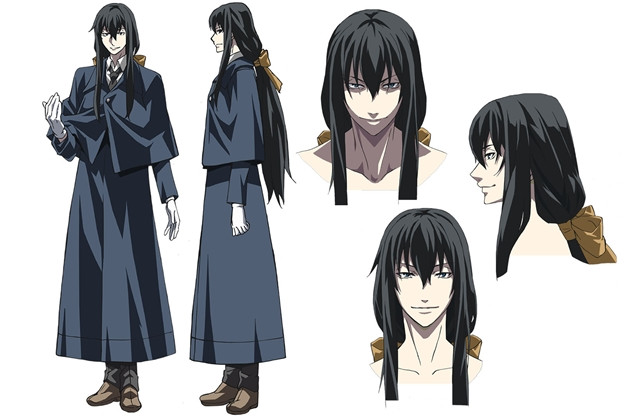